Home News SAD: Man shoots Another Dead For Blocking His Path At Carwash In Ogun
News 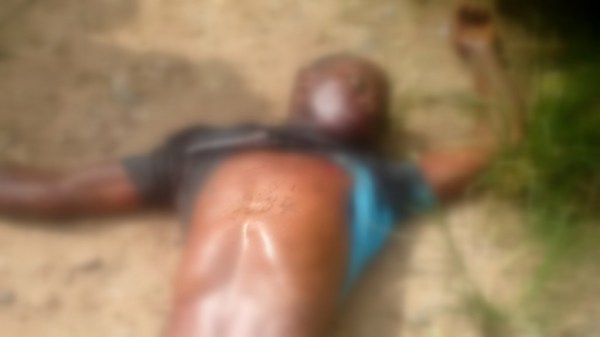 A gunman has shot dead a young man at a car wash centre located along Sam Ewang Estate, Abeokuta, the Ogun State capital.

The suspect alleged that the fuel tanker the man was working with blocked his path.

A witness said the killer brought his Sienna car to the car wash, and on completion of the wash, approached the man to look for the truck driver to remove the fuel tanker from where it was parked. 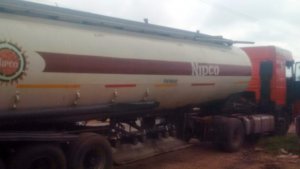 The trailer, registration number TTD 456XA with inscription NIPCO, was also brought to the car wash centre for washing, and parked opposite the centre, awaiting when there would be a parking space.

The‎ driver was said to have taken a stroll within the vicinity, when the gunman approached the man sitting inside the truck.

The man, identified as Aro, was said to be pacifying the suspect, who subsequently pulled out a gun and shot  him at close range resulting in instant death.

The development caused pandemonium at the car wash centre, as people took to their heels, while the gunman manoeuvred his way and escaped with his car.

“It is true, the Commissioner of Police has ordered that forensic investigation be carried out. He has also directed that homicide section of the state investigation and intelligence department should take over the case for proper investigation with the view of bringing the culprit to justice,” Mr. Oyeyemi stated.

SAD: Man shoots Another Dead For Blocking His Path At Carwash In Ogun was last modified: April 30th, 2017 by Online Source

8 Unladylike Things that Most Men Love about Women