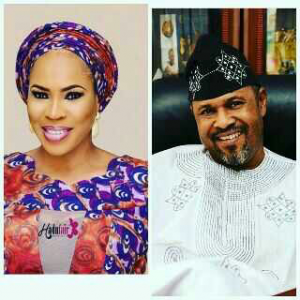 Saidi Balogun was born on February 5, 1967, in Kwara State, North Central Nigeria but hails from Oyo state, Nigeria where he had is primary, secondary and tertiary education. He graduated from Kwara State Polytechnic (now Kwara State University). He began acting in 1978, when he presented his first television program titled “Youth Today” onNTA.He produced his first film titled City Girl in 1989 but had featured, produced and directed several Nigerian films.

He has featured, produced and directed several Nigerian films over the years.

He was married to his colleague,Fathia Balogun and the union is blessed with kids. She was also born in Ikeja on February 5th 1969. She is a descent of Okpara, Ethiope East local government area of Delta State. She attended Maryland Primary School and Maryland Comprehensive High School in Lagos state, where she obtained the West African School Certificate before she proceeded to Kwara State Polytechnic where she received a diploma certificate.