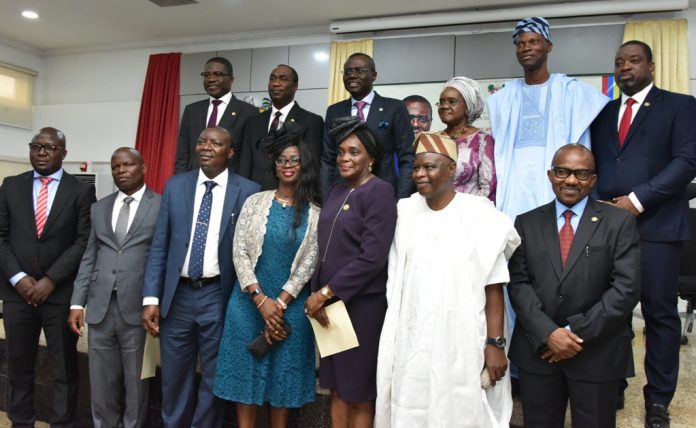 In his address Governor Sanwo-Olu charged the officers to hit the ground running, raise the bar of performance and as well join hands with his administration in the actualisation of the six pillars of development of the administration.

He congratulated the new officers noting that their appointment was a call to service based on their outstanding track records in their fields of specialisation.

“Your elevation from the pool of eligible Directors in the state’s public service is a reward and confirmation of your hard work and dedication over the years”, he said.

“We must continue to revive and sharpen our skills to deliver on this critical services that have been promised Lagosians.

He added that work must be delivered with a sense of modern responsibility and trend when he said, “Our services must be comparable to what obtains in 21st Century modern states like ours”

Governor Sanwoolu also promised to resolve all issues relating to the minimum wage soonest while charging the appointees to be innovative and quickly key into the new dynamics that will take Lagos to the next level of greatness and prosperity.

“As an administration, we are committed to give you all the necessary support in terms of welfare, training, human capital development and other tools that would facilitate performance on the part of the workers”, he said.

Responding on behalf of the appointees, Secretary to the State Government Folashade Jaji expressed profound gratitude to the governor for the opportunity to serve.

She commended the governor for his laudable feat in just few days in office promising total support towards the success of the administration.