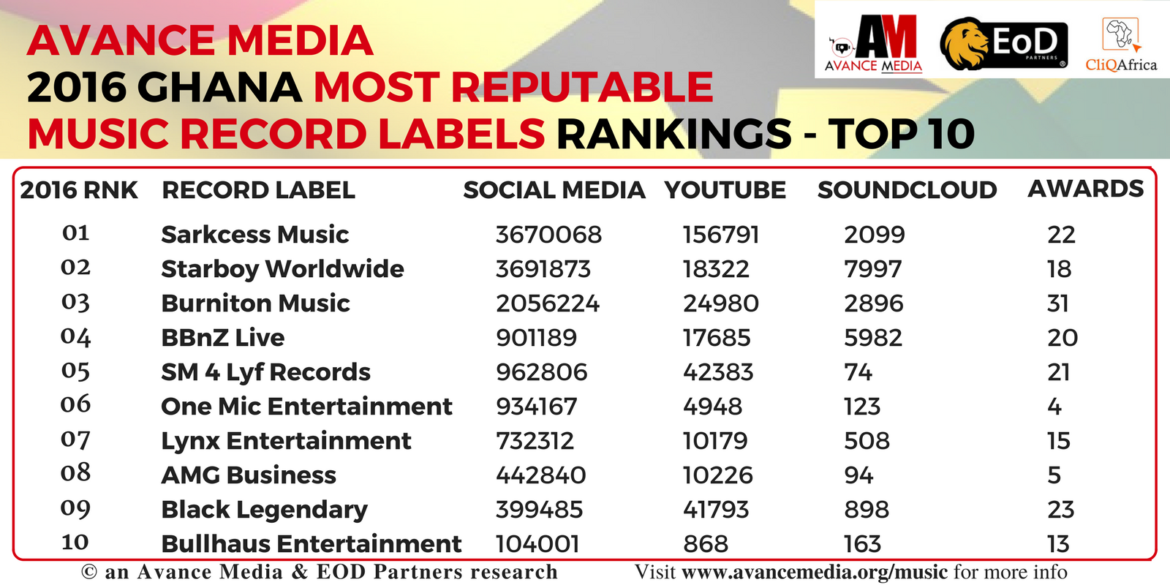 Avance Media, leading rating and PR agency in partnership with EOD partners have announced a ranking which highlights the top performing and most reputable record labels in Ghana for 2016.

Sarkcess Music record Label which manages rapper Sarkodie & Akwaboah came top ahead of all management labels in Ghana with their influence which spread across all music distribution platforms.

Prince Akpah, MD of Avance Media, noted, even though Ghanaian record labels cannot boast of the infrastructure, standard and resources to match up with global record labels, they do represent a system that has the potentials of growing Ghanaian music contents into a global phenomenon.

Below is official ranking of the Top 10 Music Record Labels in Ghana.