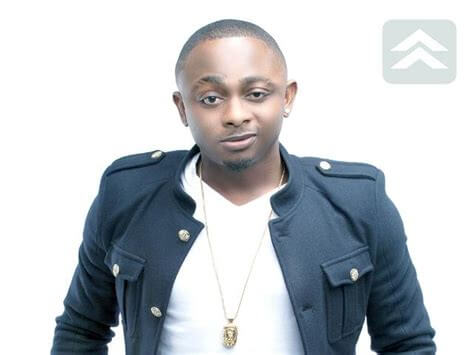 His real name is Oluwaseun Oluwabamidele. But he is better known as Sean Tizzle. He is an artiste, songwriter and entertainer who has been in the industry for over 7 years. Sean Tizzle came to limelight after the release of his song sho Lee which was massively accepted by Nigerians. He recently had an interview with City People Entertainment Reporter PRECIOUS POMAA and he talked about his music and the reason he stayed off the sence for awhile.

My real name is Oluwaseun Oluwabamidele Morihanfen. I am from Ondo State, from a family of six but we lost one of my sisters a few years back so now we are five. I’m second to the last child. I attended C&S Primary School, Command Secondary School, Ibadan and then the University of Ibadan, where I studied Theatre Arts.

How can you describe your growing up days in Lagos?

It was fun and normal maybe because I was the second to the last born and so for a long time, I enjoyed being pampered. But, basically I had a normal up-bringing.

When and how did you discover your talent for music?

From a very tender age, I had always loved to sing or act so I knew that one day, it would get serious. But I didn’t just know when.

How did you start?

I started from secondary school, and then I later joined a boy band of three. Then, we would gather and sing together.

When did you decide to do music professionally?

I started music professionally five years ago when I met D Tunes. That same year, I got my first recording deal.

How did you come about the name Sean Tizzle?

Sean is from my real name Seun, Tizzle is my piercing, just another way of expressing myself.

So, what would you say makes you stand out as an artiste?

I’m unique because I am just me. I am just doing my thing. I am on my own lane and focused on my race.

Tell us about some of your musical influences growing up?

What kind of music do you do?

I do everything because I used to be a rapper and now a singer. So I can do all genres.

What challenges did you face before now?

I didn’t see anything I faced or rather went through as challenges. I believe everything that happened was

supposed to happen to bring me here right now, and I am grateful.

What would you say was the secret to your instant success?

God, a good producer and a wonderful team.

Tell us about the D Tunes connection? How did you meet?

I met D Tunes in 2009 in a studio in Ikorodu that he came to. We met and connected and ever since, we have been friends.

Do you agree that working with D’Tunes was the right formula you needed to hit it big?

It was just about the right timing, and the right team. As an artiste, you are going to make music with lots of different people.When it is the right time, and you are working with the right set of people, with the right mindset, and a very good song, then God’s blessing will surely follow you.

You went silent after your debut album for a brief period, what were you doing then?

I was working and at a point had nothing to put down and I decided to give it time a little bit and spend time with my little girl , do other things traveling up and down but I am back in town now. Expect a hole lot from me this year , even though I dropped Popo last year and I had the remix with David. Just look out for more collaboration and more videos this year, and to you all my fans out there, be ready for Sean Tizzle because I know my fans missed me a whole  lot .

When you welcomed your little girl did you decide to change anything about your lifestyle for her sake?

I will do whatever I have to do. I will do what’s right for her. However, I don’t think there is anything wrong with my lifestyle.I will know when to carry out my duties as a father, and when to have my own fun too. When I have to be Sean Tizzle; hang out with my friends and have a good time, I’ll do that.And when I need to be with my daughter, I will.

How would you describe your experience as a record owner?

It’s a new experience, and we put in the work. It is a different ball game entirely, having to make record deals, and make sure the company is running right.It involves more work to make everything run smoothly as an artiste and as a chief executive officer.

What would you say really inpires your music?

Well, I would say it’s God because every inspiration comes from God and having a good producer matters a lot and makes things easy .

How would you define your sound?

Take us through what you went through before you made it big ?

The memories are just too much, and I don’t even know where to start from. I am practically lost in thoughts right now.I remember the first time I met D’Tunes. He had asked me to come to his studio to record a new song he wanted to use as a mixtape.My house was quite a long distance from where he stayed, and I didn’t have enough money on me. Halfway through the trip, I became stranded.I had to call him, even as I begged some people on the street to help me. However, D’tunes told me not to worry, but that I should board a bike and he would pay when I got to his studio.I think he got the money he paid with that day from his dad.

Looking back, do you have any regrets?

There’s nothing I would be able to change, because I didn’t know it would work out this way. I believe it was just meant to happen and I don’t want to go back and change anything.

What memorable experiences from your childhood do you still reminisce on?

There was a time I went for a job interview at the Ikeja High Court, Lagos. It was an oral interview and I was asked to sing.I thought I was going to be asked some crazy questions. But they asked me to sing, as if they knew that I was a singer. At that time, I had just left secondary school, and I didn’t want to be sitting at home doing nothing.

What job were you applying for before you were asked to sing?

It was the job of a clerk.

Apart from music what else do you do ?

I read when I can; but I mostly like to play video games. I just love to have fun. When I watch movies, I learn from them too. Sometimes I could just take out time to watch other people.

Few years from now where do you see Sean Tizzle?

I see him doing bigger and greater everyday . Though it’s only Good that knows the way forward and I’ll keep doing my thing.

SEAN TIZZLE Reveals Why He Went Off Music Scene was last modified: March 13th, 2019 by Reporter