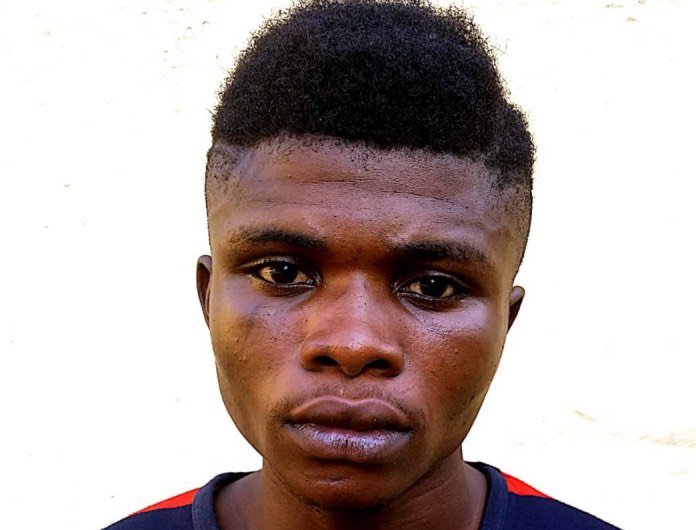 The Lagos State Police Command have arrested a security guard, Monday Odey, for allegedly killing his colleague at Magodo area of the state

The Spokeman of Lagos police command, Bala Elkana, in a statement on Saturday, said Odey was apprehended at Iwo, Osun State on May 2nd after he fled from the scene of the incident.

Narrating how the incident happened, PPRO Elkana in the statement said “Bola Ikupoluyi, the employer of the guards, who reported the matter to the police station, said the deceased and the suspect had an argument.

“Yinusa had accused Odey of stealing the clothing items of their boss. During the argument, Odey hit his colleague, Abdullahi Yinusa, with a shovel on the head and face.

“The suspect picked offence and threatened to kill the said Abdullahi Yinusa for challenging him.

“The complainant, being their employer responded by sacking the suspect and ordered him to vacate the premises immediately.

“Odey under the guise of moving his personal belongings, returned to the house the same day at about 7pm and murdered the said Abdullahi Yinusa.

“ He dumped the corpse at a canal behind their employer’s house and absconded.”

Elkana added that the suspect would soon be charged to court for murder.