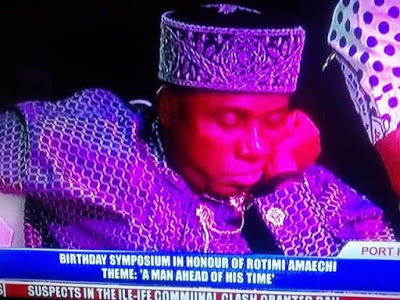 A birthday symposium was held in honour of the Transport Minister and former Governor of Rivers State, Hon. Rotimi Amaechi, who recently turned 52.

While Amaechi was speaking at the event held in Port Harcourt, on Friday night, Channels Television placed a disclaimer dissociating themselves from the ex-governor’s views.

Those who watched it said he was talking about Governor Wike, and what he was saying was apparently so offensive that the TV station eventually yanked him off their network.. 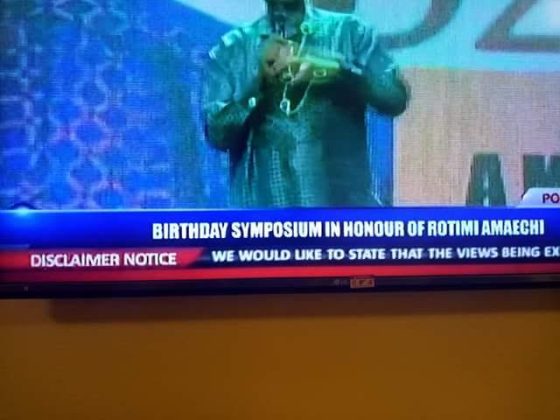 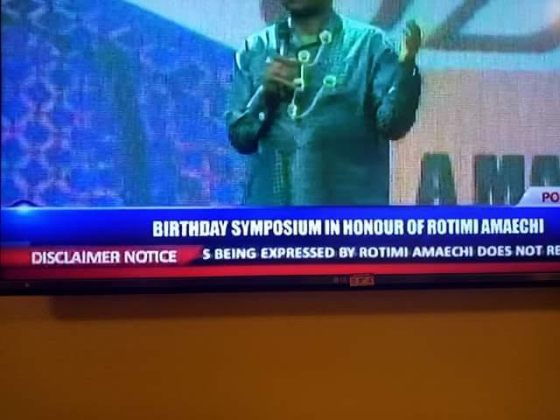 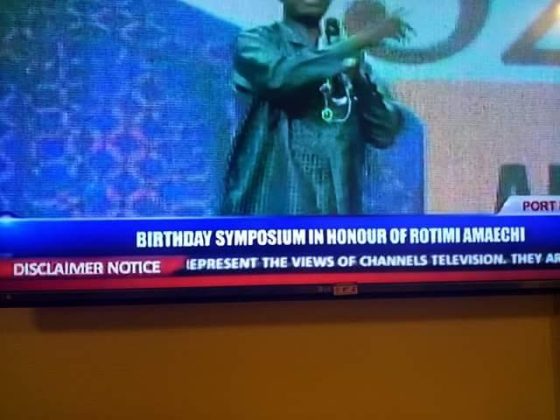 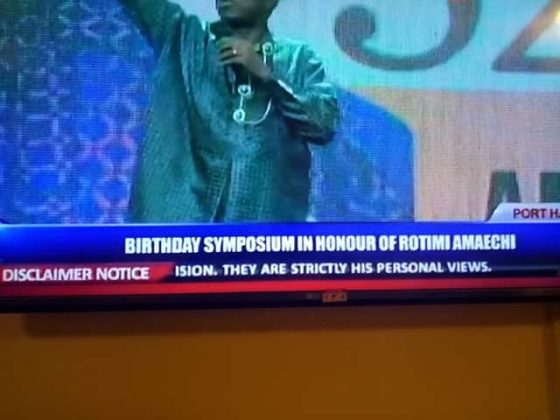 See Why Channels TV Reportedly Yanked Rotimi Amaechi, Off A Live Coverage Of His Birthday Symposium was last modified: June 18th, 2017 by Reporter

‘I will always carry you in my heart’, Mercy Aigbe’s Estranged Hubby Sends Birthday Wish To Son