See Why Venus Williams Burst Into Tears Despite Wimbledon Victory 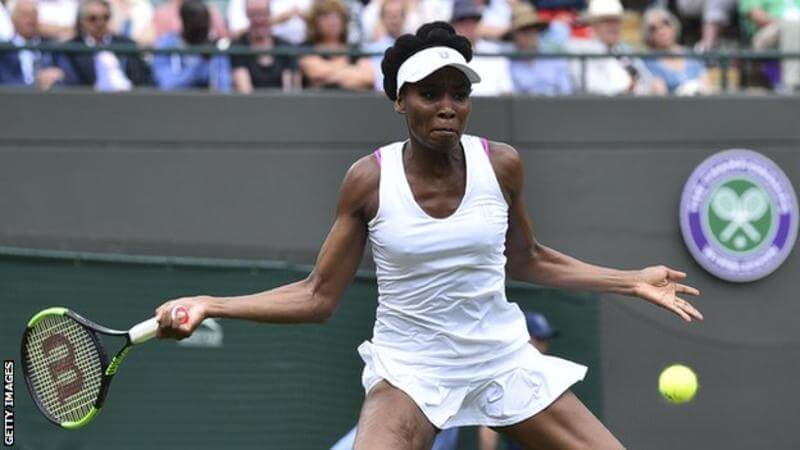 Venus Williams broke down in tears as she was questioned by reporters about a Florida car crash in which a man died.
Williams could face a wrongful death lawsuit from the family of the man, after she was accused by police of being at fault for thehttp://www.bbc.com/sport/tennis/40484584.
The 37-year-old spoke after a 7-6 (9-7) 6-4 win over Elise Mertens in the first round at Wimbledon.
On the crash, Williams said: “There are no words to describe how devastating [it is]. I’m completely speechless.”
She then began crying, and left the room to compose herself before returning to answer another couple of questions on the match.
According to police, Williams was at fault for the traffic accident, which caused the death of Jerome Barson, 78.
She said earlier in the news conference: “Tennis is still the love of my life. It gives me joy.
“Life, you can’t prepare for everything. I can prepare for matches and what opponents will throw at you. But I have no idea what tomorrow will bring.

‘I’m not bigger than Jesus’, Nnamdi Kanu cries out