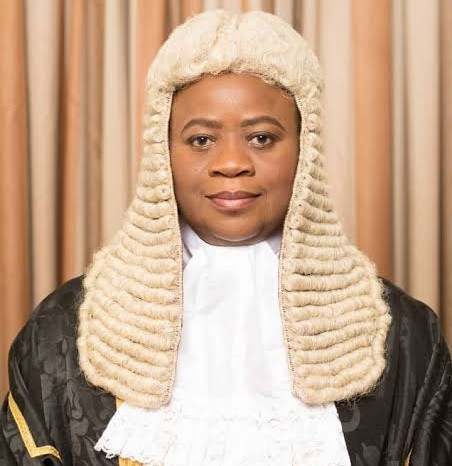 The Senate on Thursday confirmed Justice Monica Dongban-Mensem as the president of Court of Appeal, a position she had served in an acting capacity since 2019.

Her months as the interim head was criticized by some Nigerians, who accused President Muhammadu Buhari of delaying her confirmation for ethnoreligious reasons, despite the recommendation of the National Judicial Council.

Mr Buhari, however, rejected the accusations, saying the delay was due to the unfinished background checks carried out by security agencies on the candidate, a reason that was faulted by lawyers.

On Tuesday, the president transmitted her name to the Senate.

In affirming her confirmation, Gabriel Suswam (PDP, Benue), a member of the committee that screened Ms Dongban-Mensem, said: “she is very experienced and qualified for the job.”

“There is is no argument as to her qualifications,” he added.

The Senate also confirmed the nomination of James Jiya John Kolo as a commissioner of the Federal Character Commission to represent Nasarawa State.

This was done upon the recommendation contained in the report presented by the chairman, Senate committee on federal character and inter-governmental affairs, Danjuma La’ah.