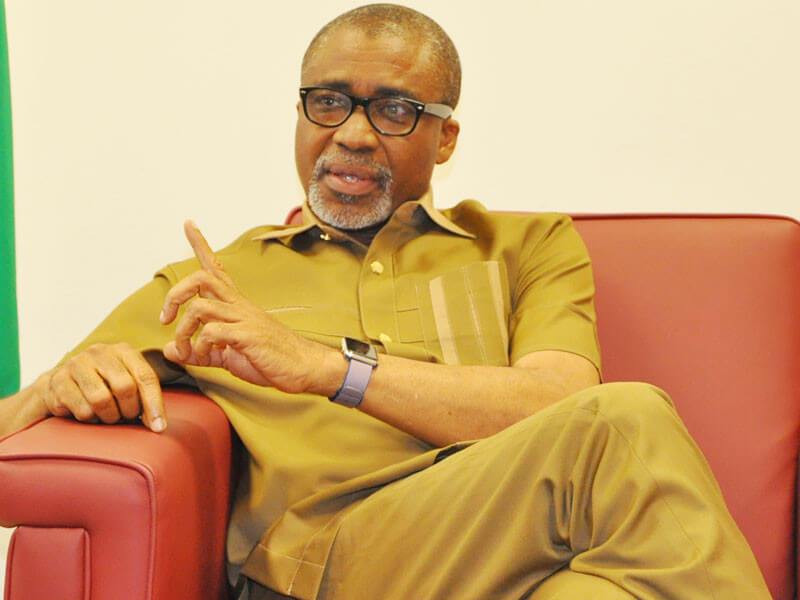 Senator Enyinnaya Abaribe has regained his freedom after he was released by the Department of State Services. Mr. Uchenna Awom, the media aide to the lawmaker representing the Abia South Senatorial District, made it known on Tuesday night that the lawmaker is back to his Abuja home as of 7:45pm.

Also speaking with newsmen, Abaribe’s lawyer, Chukwuma-Machukwu Ume, a Senior Advocate of Nigeria, confirmed the release. “We are coming out of the office of the DSS,” he said.

Asked if there was any condition attached to the bail, Ume said, “No condition except that he should be showing up from time to time. There is nothing more.”

A statement later issued by the media aide read, “About 6.32pm on Tuesday, June 26, 2018, Senator Enyinnaya Abaribe walked into freedom after five days in the DSS gulag.

“Abaribe who was granted administrative bail was released to his lawyers led by Chukwuma-Machukwu Ume, SAN.

“Thanks to Nigerians for standing up against the wrongs done to Nigeria’s democracy with the arrest of Senator Abaribe. The collective calls and demand for his release has shown the great spirit of Nigerians for justice.”