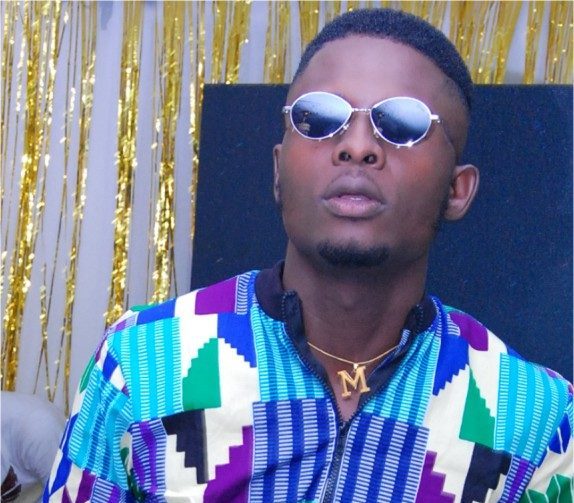 The joy of every parent is to see their children doing well in life, which informed the massive crowd that stormed Sen. Ojudu’s house on 26th May 2019.

Friends and families gathered for the music video premiere of one of Sen. Babafemi Ojudu’s sons, Sunkanmi Temitope Ojudu, popularly called Morello by his stage name.

Morello is doing well in what he has chosen (Music), because that is what he has passion for. He is a fast rising music act who has shown a lot of promises.  He is a lawyer who has since left Law for active Music. In his words, “music has always been my passion from childhood. I have always loved to sing, dance and play instruments. I drew inspiration from my father, who many don’t know is a music lover, as well. He bought me my first Piano and I started playing the Piano at the tender age of 7. I am a multi-instrumentalist, a producer and entertainer”

Though the party was an in house party organized to celebrate Morello,  but the love he got from everyone was so massive, so much that the venue was filled to the brim.

So many artistes came out to support Morello at the event. They all came up with wonderful performances. They gave the event a different face. They made the audience dance and never room for any dull moment during the event. It was just a sign that Morello’s friends are as good as him.

SEN. FEMI OJUDU HOSTS FRIENDS AND HIS WIFE AND MC COMPERED THE EVENT

The Mc at the event was one of a kind. He didn’t give room for boredom at the event. He made sure he entertained everyone.

The Mc brought up a game idea, saying that they should sing a particular song. So many people knew the song. They sang along while the Mc was silent. Morello’s big mummy and her friend started to sing the Yoruba version of the song, that even the crowd were amazed. They sang with so much joy and people clapped for them. They won a free taxify trip to their different homes in Lagos.

One of the important guests who graced the event, the CEO of Sifax group, a conglomerate that deals in the shipping of oil and gas, Taiwo Olayinka Afolabi. The Nigerian business magnate and lawyer supported the Ojudu family.

Another big name that stormed the event with a couple of his friends is the versatile, renowned and indefatigable entrepreneur and philanthropist, Dr. Babatope Agbeyo. Though he didn’t stay long at the party but his presence was felt during the short period he spent.

ABOUT MATILDA DUNCAN FROM ABUJA’S PERFORMANCE

You would be wondering who Maltida Duncan is! She is the Programs Director at Classic FM Abuja. She came all the way to support the young talented act, Morello. Immediately she stepped in, She grabbed the mic and changed from the whole calm lady she looked, to a vibe giver with energy; hyping Morello and his dancers to the stage to perform.

HOW LAX STOLE THE SHOW

Popular Nigerian act called Lax, stormed the event in grand style to support Morello. Immediately he stepped into the event, guests/fans were all surprised to see him. He was looking calm but he still welcomed his fans well, both the old and young ones.

ABOUT THE DJ OF THE DAY

Dj Annex, is another Lagos big name. He did justice to the event, as he gave the old and younger audience what they wanted. There was no dull moment from the moment he stormed the wheels; he was giving the guests back to back Jams, working hand in hand with the Mc. Dj Annex was very organised.

AND THE VIDEO WAS PREMIERED

The video was finally premiered. And it can be said that Morello is the next big thing. And Tv stations will have no choice  but to play his video. The video was shot in Elegushi beach with beautiful video vixen, dancers and children in it. Morello promised that he was going to work with other better producers and wonderful videos on more of his projects.

ABOUT MORELLO’S PERFORMANCE WITH THE DANCERS

It was the most amazing part of this event when Maltida Duncan stepped on stage and hyped Morello and his dancers.

Morello changed to 2 outfits, from the time when the event began and when he wanted to move outside to perform with a live band. He put on 2 different beautifully made Ankara and looked like a million bucks. His second outfit was the real deal.