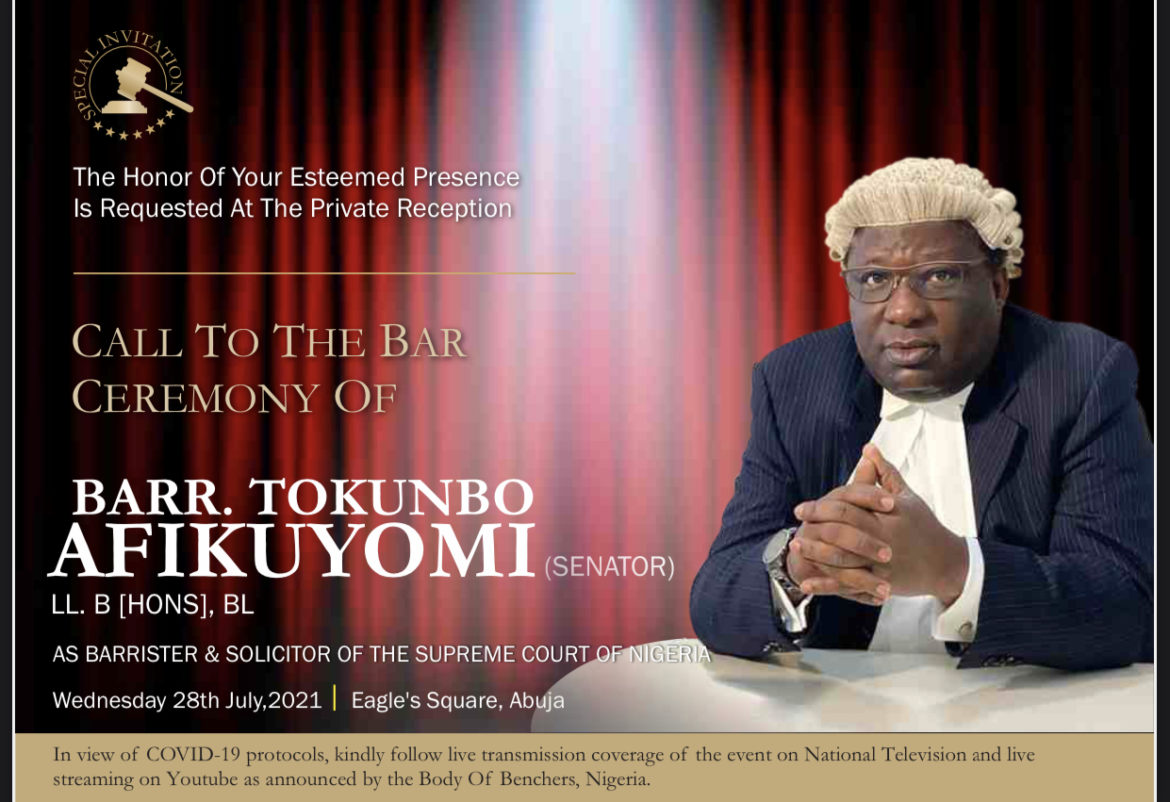 The Lagos politician will officially formalize his resolute and articulate comradeship and advocacy for the people on the floor of the courthouse.

Many didn’t know that Senator Tokunbo Afikuyomi went back to study Law and has been at the Law School all these while.
Let us quickly remind you that he was elected Senator for the Lagos West constituency of Lagos State, Nigeria at the start of the Nigerian 4th Republic, running on the Alliance for Democracy (AD) platform. He took office on 29 May 1999. He was reelected in April 2003, again running on the AD platform.

He has since remained one of the strong forces that hold the All Progress Congress, APC in the south west