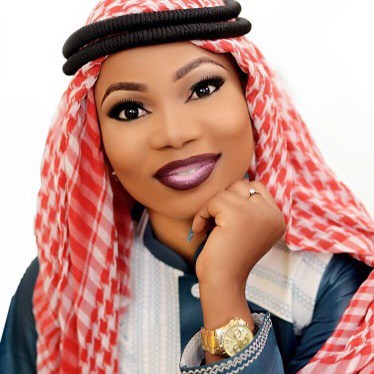 AN ARRAY OF YORUBA MOVIE MARKETERS

The event was also attended by top Yoruba movie marketers who despite their busy schedules, came out en-masse to be part of the event. They include; Epsalum Production, Ten Ten Pictures, Almaroof and many others. 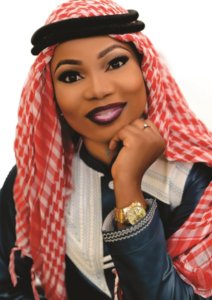 BUARI OLOTO WAS SIGHTED AT THE EVENT

Sighted at the event was Alahaji Buari Oloto, who is a very popular and one of the top Lagos most prominent real estate developer and land merchant. He was at the event with some of his friends and they all stepped out on white lace outfits to honour, show their love and support to the celebrant.

At the event was Prophetess Mary Olabiwonnu, who is a god mother to Seyi Edun. She was there to show her daughter, the celebrator her support and also did the first launching of the movie title Four Couples and Case Closed.

The celebrant of the day Seyi Edun as fondly called “Shai” made sure her jewllery did justice to her outfit as she dazzled on her expenbsive silver and black sexy long gown, slaying it with her make-up on, which made her look so elegant, sweet and so beautiful as bride. She stepped in some minutes past 6pm.

Soji Omotayo, fondly called SOJ was the MC of the day. He is a radio and television presenter. with him, there was never a dull moment as he cracks their ribs with comedy.

COLOUR OF THE DAY, TURQUOISE BLUE AND ORANGE

The colour of the day was turquoise blue and orange. All the guests stepped out on either one of the colours in their aso-ebi. They all looked so amazing, and cute. The decoration on the table and chairs also did justice which made the event a very attractive and colourful one, kudos to Dreamland Party Planners.

As expected, a lot of big players in the Yoruba movie industry took their time to support one of their colleagues, who is fast becoming a star. The likes of Lizzy Anjorin, Adekola Tijani, Femi Branch, Dayo Amusa, Wale Akorede, Tayo Amokade (Ijebu), Mide Martins, Fausat Balogun (Madam Shaje), Alesh Rilwan Onilegbale amongst others were at the event.

LOTS OF FOOD AND DRINKS

Food and drinks was not a problem. There was enough to eat and drink, as over 10 food vendors were paid to cater for the guest. Taste Konsult had over 20 servers to dish out hot and delicious meals to the guests. Besola Testimony Olofada was on ground to serve the local traditional rice, fruity file, mix n shakez cafe, creamy inn, Bigvolt Energy drink amongst others.

The King of Fuji music, King Saheed Osupa was billed to perform for the guests. His performance pulled all the guest and his fans dancing “till mama calls”.