HOW SHAGARI PICKED EKWUEME AS VP BY ERIC TENIOLA (2) 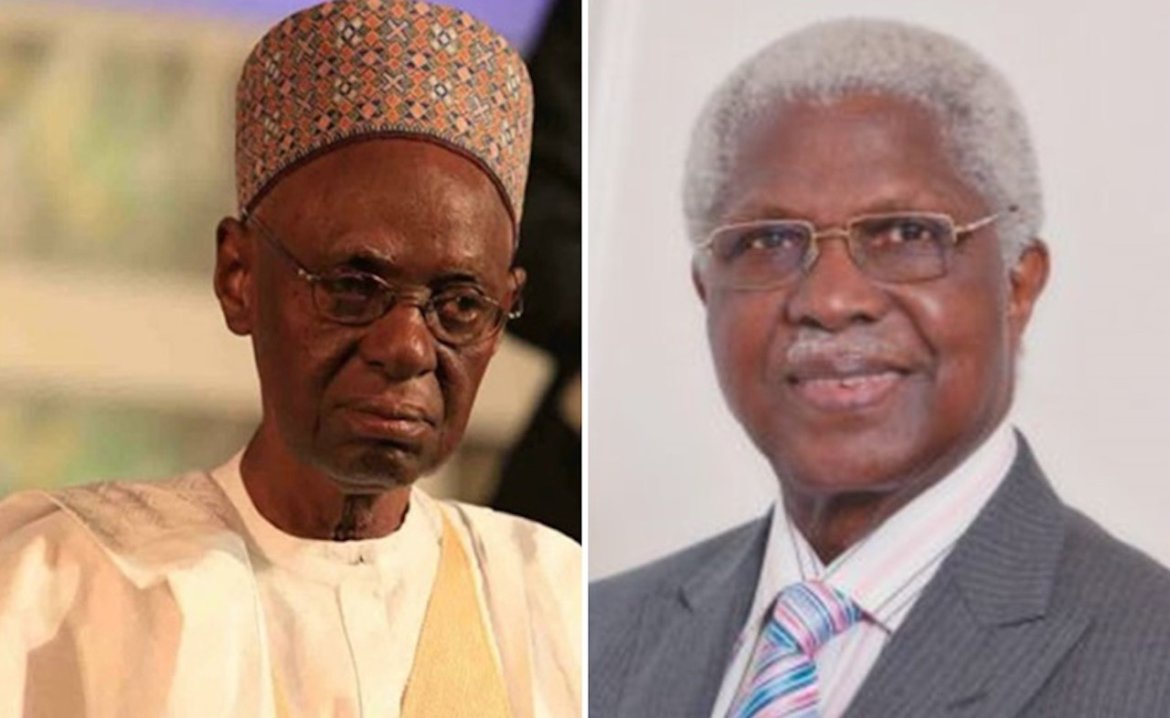 As he locked himself up at Eko Hotel, speculations remained high on who he would nominate as his running mate. Several names were mentioned. The name of Dr. Kinsley Ozumba Mbadiwe topped the list. Dr. Mbadiwe and Alhaji Shehu Shagari were colleagues as Ministers under the then Prime Minister, Alhaji Tafawa Balewa. While Alhaji Shagari served as Minister of Internal Affairs in April 1965, Dr. Mbadiwe served as Minister of Trade. In fact Dr. Mbadiwe’s best friend, Dr. Kolawole Balogun, Nigeria’s former ambassador to Ghana, from Otan Aiyegbaju in the present Osun state told anyone who cared to listen that Dr. Mbadiwe was the choice.

Another group wanted Dr. Josiah Onyebuchi Johnson Okezie from Umuahia-Ibeku in Imo state. Under General Yakubu Gowon, Dr. Okezie was Minister for health and later Minister for Agriculture and Natural Resources before becoming Chairman Board of Directors, African Continental Bank (ACB). In the constituent assembly he represented Ikwuano/Umuahia/Bende constituency. There was also the youthful, Dr. Dike Nworah, a historian and businessman from Awka in Anambra state, who later became the Owelle of Awka.

Being the National Secretary of the party, Dr Nwakama Okoro(SAN) was also mentioned as a possible choice. The profile of Dr. Okoro was intimidating. He was from Amuri, Arochukwu in Imo state. He had earlier served as the Secretary of the Enugu branch of the Nigerian Bar Association. Between 1976 and 1978, he was the President of Nigerian Bar Association. In the Constituent Assembly of 1977-198 he represented Ohafia/Arochukwu constituency.
Other names mentioned were my friend, Dr. Chuba Wilberforce Okadigbo,the Oyi of Oyi, Chief Christian Chukwuma Onoh, Dr B.U. Nzeribe, Chief Hilary Njoku, Mr.M.N. Elechi and Mr. J.S. Asegua.

In the constituent assembly, Chief Onoh was very vocal in championing for the creation of WAWA state now Enugu state. He was a member of Federal House of Representatives representing Enugu Metropolitan council between 1958-1959. He was Chancellor of the Anglican Diocese of Enugu in 1969 and Chairman Market Authority (1971-1987) and later Chairman Nigeria Mining Corporation. He held the title of Okaa Omee of Ngwo.

At that time, Dr. Azikiwe’s party, the NPP was the dominant party in East Central zone-thanks to Chief Jim Nwobodo and Chief Sam Mbakwe. The publicity Secretary of the party at that time, Chief Mo Obiekwe told me several times that the people of Imo and Anambra states would never vote NPN insisting that the scars of the war were still with them.

On Tuesday December 15, Alhaji Shagari embarked on a National campaign tour that took him to Ibadan, Benin,Warri,Owerri,Port-Harcourt,Calabar and later ended on December 30 in Enugu. In Calabar at Metropolitan hotel at a party hosted by the former Commissioner for transport in the old south eastern state, Dr Joseph Wayas, I teased Alhaji Shagari to give me a Christmas present by disclosing to me exclusively his running mate. He smiled and directed me to Alhaji Umaru Dikko to tell me. For forty-two days Alhaji Shagari did name his running mate.

Finally on January 23, 1979, the NPN called for a press conference at the party headquarters at Jibowu street, Yaba, Lagos and I saw an unsmiling Dr. Okadigbo at the ground floor complaining to me “He’s not even in our party, can you believe that”. He then directed me to the first floor where Alhaji Shagari was holding a press conference in company of party leaders. It was at the conference that Alhaji Shagari first presented Dr. Alex Ifeanyi Ekwueme as his running mate. I saw a handsome gentle man who looked urbane and polished whom I have never heard of in National politics. It was the introduction and later the Presidential election that shot Chief Ekwueme to National spotlight and made him a treasured National asset. Since that day, he never came down from being valued.

Why Alhaji Shagari picked Dr. Ekwueme is still a mystery and only Alhaji Shagari could explain His name was never speculated. Dr. Alex Ifeanyichukwu was forty-six at that time. He was unknown in the political arena. Except for his business profile as an Architect and Town Planner and that he once worked for Esso West Africa, Lagos overseeing the construction and maintenance department of the company, little was known about him in politics. The media over troubled Alhaji Suleiman Takuma, the spokesman of the NPN at that time to give details about Dr. Ekwueme, he was not forthcoming only promising “later”.

After the press conference, the media mocked Dr. Mbadiwe with a headline the following day SHAGARI PICKS EKWUEME BUT “KO IS NOT OK”. The selection of Dr. Ekwueme rattled a lot of politicians in the East Central zone and created party crisis within the NPN. A case in point was in Imo state where the leader of the party, Chief Nnana Kalu suspended Dr. Mbadiwe for alleged antiparty activities. Dr. Mbadiwe had to address the press later during which he asked ”WHO IS NNANA KALU, FROM WHERE DID HE DERIVE HIS POLITICAL AUTHORITY, HAVE YOU EVER HEARD WHERE A MESSENGER WILL SUSPEND HIS BOSS, ENOUGH OF THIS POLITICAL RASCALITY”.

The campaign was no doubt hectic especially for Dr. Ekwueme. For he could not mobilise enough people for his party in the East Central in spite of his gospel of reconciliation. He worked hard during the campaign. He spent a lot of money too but unfortunately for him in 1979, the east central zone was the empire of Dr. Nnamdi Azikiwe and in spite of the civil war and fourteen years absence, the emperor was still in command of his empire.

In the July 7 1979 Senate election, THE NPP won all the 10 seats in Imo and Anambra states. In the July 14 1979 election to the House of Representatives, THE NPN had one seat in Anambra as against THE NPP with 28 seats while in Imo states THE NPN had two seats against THE NPP with 28 seats. In the gubernatorial election that followed in Anambra state, Chief James Ifeanyichukwu Nwobodo, (77) alias Jim Nwobodo defeated Chief Christian Chukwuma Onoh of the NPN. In Imo state, Chief Samuel Onunaka Mbakwe from Avutu of the NPP defeated Dr. Nwakamma Okoro of the NPN in the gubernatorial election