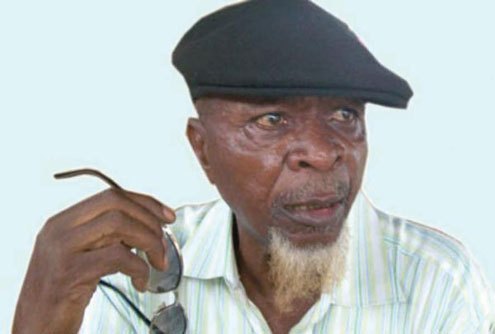 Nigerian movie icon, Abdulsalam Ishola Sanyaolu popularly known as Charles Olumo or Agbako in the Yoruba movie industry, was down with a strange ailment made him disappear from the scene for quite some time.

The thespian is, who is back on his feet opened up in recent interview on his medical state and warned his family and colleagues against mourning his death while he’s gone

When asked about the nature of his ailment, he said, “It’s heart-related. After series of test, I was told that my heart was weak, coupled with the fact that I often forgot things, so I was placed on drugs that must be used to avoid any crisis.

“The doctors said there was no way they could perform surgery on me. They said the drugs were very essential and must not be skipped. Though, I was operated upon when I had urinary ailment recently, I’m free from that now.

He was asked if the movie association, ANTP or TAMPAN aware of his aliment and he responded,

“Different people with different characters; some members were aware but it’s only Esther Idowu Philips aka Mama Rainbow that came to my rescue. She sent money to me regularly to feed and buy drugs.”

Talking about his achievement in the last 50 years or more as an actor, he said he did not regret going into acting?

“Our generation suffered a lot; we didn’t make money from acting. During our time, we worked to entertain people. I started as an entertainer, whereby 12 people will be pounding (yam) on my chest. At times, I would be dancing on broken bottles”

Agbakp, who is seeking assistance from the government and the good people of Nigeria to help him maintain his medical condition added that he had given instruction to his family that he must be buried on the day he dies.

“I have instructed my children, and I’m saying it again, that I should be buried the same day I join my ancestors. I should not be taken to any mortuary, and I’m also using this opportunity to inform them, that nobody should come and shed crocodile tears at my burial. If they do, my spirit will flog them, because when I needed their help, they were nowhere to be found.

‘Shed crocodile tears at my burial, have my spirit flog you’, Charles Olumo warns colleagues was last modified: July 19th, 2019 by Reporter

Many Don’t Know MONIQUE Is My Real...