“See how Gov (Prophet) Ayodele Fayose predicted Senator Bukola Saraki’s victory at the Code of Conduct Tribunal (CCT). – See number 8. Today, like several of Gov Fayose’s predictions, the one on Saraki has come to pass. 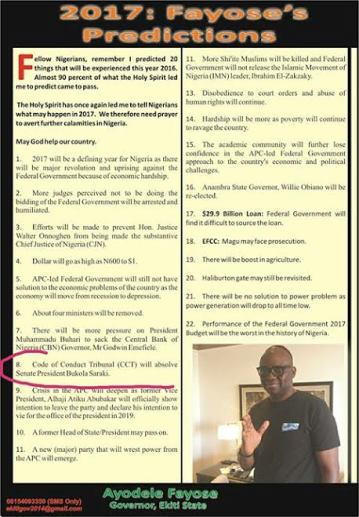