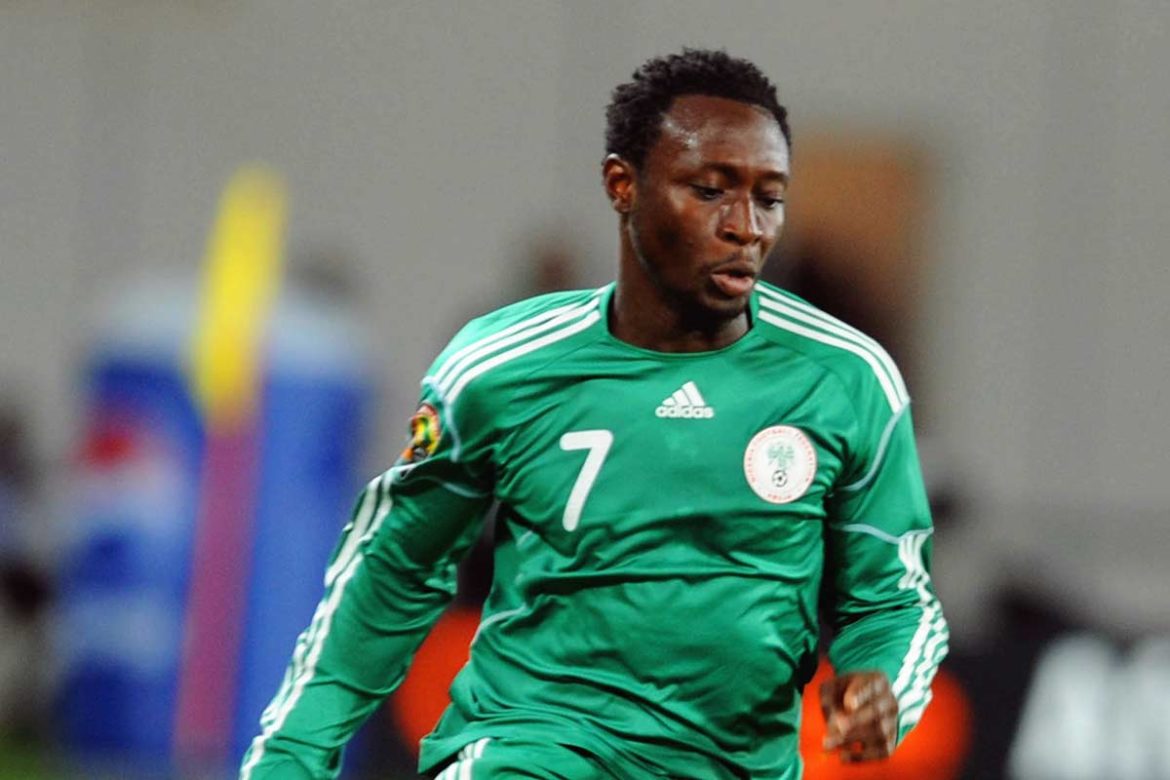 Nigeria striker Chinedu Obasi said he was sad and heartbroken after he was dropped from the country’s team for the 2014 Fifa World Cup in Brazil because he refused to pay a bribe.

The former Schalke 04 star recalled how he was denied selection for his second World Cup tournament after his fine outing with the Bundesliga outfit in the 2013-14 season.

Obasi was part of the Nigeria U-20 squad that finished second at the Fifa World Youth Championship in 2005, scoring the country’s only goal in their 2-1 loss to Lionel Messi’s Argentina.

The Enugu-born forward stated how an injury in the 2010 World Cup in South Africa cost him a move to England and how a request for a bribe came as a disappointment for him.

”I was playing for Schalke, I was playing in the Champions League and I was doing well. Two days before the list came out, I was asked to pay some money if I want to be in the team,” Obasi said in an Instagram Live.

“I felt like I’ve paid my dues for the country, I shouldn’t do this. If I was a young player, maybe I would have done that, but it was a bit personal for me and I felt very heartbroken. I was supposed to move from Hoffeinheim to England and I got injured playing for Nigeria at the World Cup [in South Africa].

“After that competition, nobody called me to know how I am doing. I spent a lot of money to get fit. All people talked about was the injury. They don’t care to know what I went through on a daily basis making sure I get my body in shape, to stay healthy.

“It takes a lot of dedication, money, investing in myself and my body. I went through surgery, did everything I can. Now a competition is coming up, you’re inviting me to the national team. I’ve exhausted my own money and you want me to pay, which is a slap in the face for me.

“I said I’m not comfortable doing that. They said I should know the system, and I should act like I’m a Nigerian. I said it’s not about being a Nigerian but doing the right thing.”

Nigeria advanced from the group stage of the quadrennial football showpiece in 2014 after securing a draw against Iran and win against Bosnia-Herzegovina, but they were knocked out by France after a 2-0 defeat in the Round of 16.

Obasi, scorer of four goals in 26 outings for the Super Eagles, has not played for the national team since 2011 after a friendly game against Argentina in Bangladesh, where he scored a goal in their 3-1 loss.

“I’ve kept it close to my chest since 2014 because you’d have unnecessary enemies when you talk. People who played in lower leagues went to that World Cup. I’m not taking a jab at anyone,” he continued.

“If you’re good for the World Cup, then you should go, but I feel like if you have to take the best and at the time, I was playing for a top team, Schalke 04 which was among the top team in Europe at the time.

“Funny enough, after the conversation, it got a bit more personal. They told me that even if I end up going as part of the team, their own agent will negotiate that deal. I said it doesn’t sound good to me.”