SHOCKING! NLC Reveals What Governors Are Doing With Workers Salary 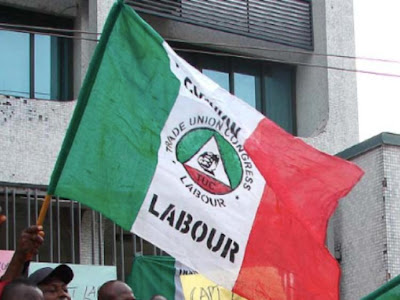 Adeyemi said this at the weekend in reaction to delayed, distorted or outright non-payment of salaries to civil servants in many states.

Already, the NLC has reported the cases to the Committee on Application of Standard of the International Labour Organization (ILO).

Adeyemi explained that the NLC decided to expose what was going on in Nigeria because “This arbitrariness needed to be checked”.

“If we cast our mind back, President Buhari, out of pain looked at governors and asked them, how can you sleep when salaries of workers remained unpaid”, the Nation quoted him as saying.

“The problem has to do with the fact that the states have become lords to themselves to the extent that all our president can do is to lament. Because he is not able to make them do what is right.

“Some of these bailout funds were not used for the purpose they were used for. We know that at some point in time, the EFCC was trying to follow up some of those who misused these funds, but we have not gotten any result.

“What we are saying is that the ILO should send a high powered mission to Nigeria to assert in some of these claims.

“How could one possibly defend a situation where somebody work for about seven months or more and they are not paid?

“This report (to the ILO) had to take place now because the rascality of these governors and politicians will go haywire anytime from now.

“They are not going to think of paying salaries again and every money that comes in is going to be channeled towards political campaign.

“So, if you don’t get salaries paid now, it is not likely that it will be paid when campaigns hots up. We needed to cry beyond the shores of Nigeria because we are all part of the ILO and they have roles to pay,” the NLC leader added.