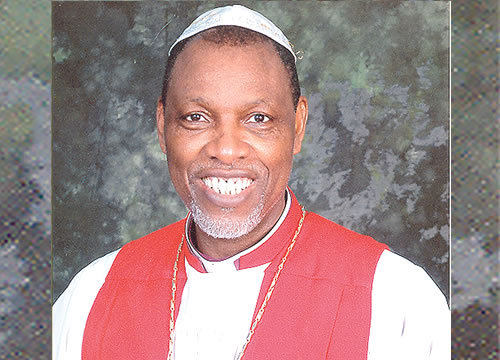 His Holiness, The Most Revd. Dr. Rufus Okikiola Ositelu, the Pope of Aladura Communion Worldwide and The Primate of The Church of the Lord (Prayer Fellowship) Worldwide, (a.ka. Aladura at the 81st Holy Mount Tabieorar Retreat on 22nd August, 2017 proclaimed in his world of prohecy to the world and Nigeria in particular for 2018.

To the world, Pope Ositelu prophesied that: Some powerful nations of the world be warned to be weary of war and desist from manufacturing weapons of mass destruction or else, they will encounter the wrath of God and be humbled by lesser powerful nations. Let the government of the United Kingdom pray very well to avert another terrorist attack in the country, city of London in particular. Let the United Nations pray against war and breakdown of peace in Africa and Asia. Let the United States of America pray against outbreak of strange disease that may linger for long before the cure is discovered.

To Nigeria, Primate Ositelu proclaimed that: There will be a new Nigeria and her glory shall be restored if the government listens to the yearnings of the people. There will be outbreak of epidemics in the Northern part of the country. Death of two popular traditional rulers in South-West and two church leaders in the country will manifest. There will be violence in some parts of the country towards the middle of the year.

Further in his message to the nation during the ministration of the word on the Holy Mount Tabieorar, Primate Dr. Ositelu said that Nigeria is a country created by God for His glory as the most populated black nation on the planet earth. He said further that Nigeria is endowed with huge human and natural resources to positively influence and affect Africa (and indeed the world) socially, economically and politically.

Considering the rate of wanton destruction of lives and property, senseless killings of innocent worshippers and burning down of places of worship being perpetrated by Boko Haram insurgents, herdesmen, kidnappers and hoodlums, His Holiness called on the Federal Government to live up to the expectations of the people of Nigeria to its primary function of protecting the lives and property of their citizens.

His Holiness urged the Federal Government to consider the use of community/state police to meet the exigencies of the moment.

His Holiness urged Nigerians to imbibe the culture of religious tolerance, eschew tribalism, nepotism and emphasize the factors that unite us, rather than those that divide us. He further stated that unity in diversity should be used as a source of great strength.

On the economy, His Holiness, Dr. Ositelu urged the Federal Government to address more vigorously the issues of diversification of the economy especially in the areas of agriculture and mineral resources.

Dr. Ositelu said Education, Health and Welfare are services to be provided by the state to ensure the well-being of its citizens. He then urged the government to provide good schools, hospitals and health centres, and social nets for its citizens.

The high rate of unemployment of the youth is alarming, and has rendered many disillusioned and frustrated. Ositelu urged the government to overhaul the educational system in order to produce employers of labour and not only job seekers and create more skills acquisition and various youth enterprising employment programme centres in all parts of the country.

Adequate infrastructures are the basic facilities, services and installations needed for the functioning of a community or society. His Holiness urged the Federal Government to collaborate with State Government to close the infrastructural gap, which will greatly help the Small and Medium Enterprises (SMEs) to grow faster, provide better services to the people and reduce unemployment.

Pope Ositelu called on all to join the present administration in its war against corruption. And he also stressed that all perpetrators should be brought to book, while efforts must be intensified to recover all looted monies both home and abroad.

Among other issues raised by His Holiness is the Constitutional Review/Restructuring. He applauded the setting up of the APC Committee on Restructuring and Fiscal Federalism by the Federal Government. He stressed that Fiscal Federalism is the major antidote for many of the woes confronting this country.

Primate Ositelu condemned violence such as wife battering, rape, discrimination, gender inequality and child abuse. He urged the government to tackle decisively such violence through appropriate legislations, in line with the United Nations Convention. We must say “No” to violence against women and children. His Holiness prayed for Nigeria and called on clergies to continue to intercede for the country for peace.