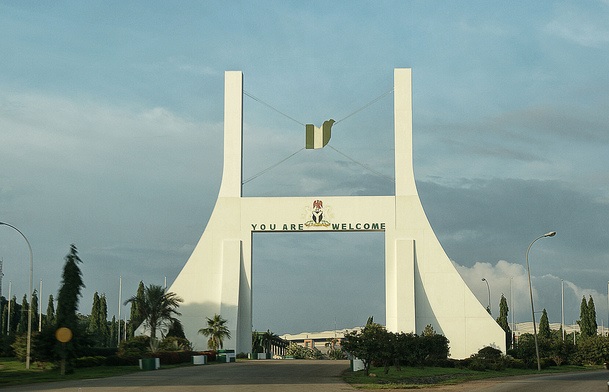 A recent report by Northcourt Real Estate headed by Tayo Odunsi showed interesting twists and turns about Nigeria’s property markets of Lagos, Abuja and P/Harcourt. While the Lagos Property Market showed more promise and resilience in the face of uncertain economic conditions, the same cannot be said of other parts of the country. Here is a comprehensive review of the report.

Nigeria’s Housing Market size is currently estimated at $179.2Bn, a deft pointer to potential of the market. However, the real estate market remained strongly influenced by Macro economic forces, which continued to put pressure on realestate prices. The anticorruption fight, enhanced by the whistle blowing programme also reduced the willingness and ability of erstwhile big property investors to spend. Investors largely worried that despite the much-vaunted Economic Recovery and Growth Plan (ERGP) the government was still playing too much a role in the economy.

The TSL REIT was introduced into the market with the hope  of raising investment. The successof this venture is yet to be reported. The Nigeria Stock Exchange, sensing investor uneasiness made a few critical changes to improve performance and reporting. First, REITs are now mandated to submit quarterly financials and audited full year financials to the Exchange. On a weekly basis, REITs are also expected to submitkey performance metrics (E.g. NAV, property type, occupancy rates, average property age,etc.). REITS would also be transferred from themain trading board to a dedicated trading board.

Lagos state also completed a series of developments as part of its urban renewal project; the 11-floor Isale Gangan towers and Gardens luxury apartments for example. The State officially joined the list of 100 most resilient cities, an indication that its infrastructure development efforts were not going unnoticed.

While Abuja was found to have a housing deficitof 600,000 units, developers were how ever circumspect in starting projects, as effective demand was seen to be far less prevalent than housing deficit statistics suggest.

Unlike the previous seasons of gradual growth,land values appreciated sharper than before. So much so that land prices in Lagos along the Ikate– Agungi – Abraham Adesanya – Sangotedoaxis, is widely regarded as over priced; pushed up by speculators with an eye on the LekkiFree Trade Zone, the Dangote refinery project amongst other anchor projects as they near completion.

The much anticipated 38km Fourth Mainland Bridge, expected to further raise the demand for property suffered a setback and is back to the drawing board. That leaves just one way in and one way out of the ‘new Lagos’ for the next 3 years at least. Experts are concerned that Land values in this region might go the way of the once prime Apapa which, being close to the port, while land values seem to be soaring in most locations, developed property doesn’t showthe same positive narrative.

According to the Nigerian Bureau Statistics; Lagos and Abuja are having one  major access route that ended up a nightmare.

The centrality of land, to the development of realestate remained immovable and unchallenged for the first half of the year. The Lagos State government, eager to increase its revenue, promised a 15% discount on all Land Use charges paid before the 14th of April. Based on the controversial Land use decree, the State Government sought to encourage payment ofthe charges as a means of funding its proposed developments. Land grabbing was taken to a whole new level as 1,200 cases were recorded in the 9 months ending March 2017 further underscoring the place of land as an investment asset.

Port Harcourt accounted for 65% of real estate investments in 2016 and a sizeable portion of this is strictly residential. The Central Bank has directed financial institutions to report on transactions over certain thresholds on a daily basis. This has partially discouraged somereal estate investment by players who prefer anonymity in their dealings. Similarly, the Governments anti corruption campaign and whistle blowing policy led to the evacuation, locking up and labelling of several properties as taken over very legibly by the anti corruption agency. This created significant paranoia in highbrow locations were such was prevalent and cannot not be disconnected tohigher vacancies and lowered prices. The few prospecting buyers or renters now carryout longer and more elaborate due diligence onproperties before transacting and demand adiscount for the risk.

In the mid market areas, vacancy rates were not quite as high and this even dropped further in lower priced locations. On the surface, this shows there is a big affordability problem with housing and a mismatch between available supply and available demand. Further enquiry shows that this mis-match is not only limited to locations but also house types. Smaller houses such as one or two-bed apartments are less likely to stay vacant in comparison to a four-bed detached house.

In areas where new developments and fresher construction  specs were available or rapidly increasing, this resulted in reduction of values of existing builds by making them seem out of fashion. This brought the old builds in directc ompetition with the new developments, whichwere forced to reduce prices to attract buyers.Not to be seen as uninvolved, the Federal Mortgage Bank of Nigeria took early stepsto deploy N9bn. This was to provide 1,244 mortgage loans across the country. The Kaduna State government also made available housing by putting up for public auction excess state property.

But in all house values were on the decline, pushed down by the tag team of over supply and reduced consumer-spending power. Owners with no pressing need for funds rejected prices lower than their imagined price point but others accepted the new reality as the negotiating power has stayed with the buyer for some timenow.In Abuja, all hearts await sustainable economic recovery strong enough to improve consumer spending and dignified living. Most property professionals complain that transaction numbers are not yet picking up as expected. As with Lagos, the luxury band in Abuja is under significant political and anti-corruption scrutiny, andremains the most affected segment with almostno new developments and few transactions taking place.

Apo saw a few renovations with modifications forstarter homes. Similarly, Gwarimpa experienced few new buildings/renovations while some existing residences were converted to officesand shops. Several new developments in Utako are expected to be concluded by Q4 2017. In all, developers without well-heeled legacy clients remained in capacitated by the combined effectsof high building materials prices and reduced consumer spending.

After contending with a fall in demand for almost 2years, Grade-A office space continued to see increased supply, albeit at a slower rate. The forces of Demand and Supply would subsequently force not only rents to go down, but several other terms and payment structuresfor office space had to be relaxed and rejigged in the face of a slowly recovering economy.

Landlords in prime locations were willing to accept quarterly payments, giving moratoria ofup to 6 months for very large spaces or to attractcertain tenants. Some were also willing to accept rent in arrears and offered to pay the transaction fees on behalf of the tenant in a bid to reduce the barriers to entry. Occupiers in Grade B buildings seized the opportunity of reduced rents/rent conditions to move into A-grade buildings. This trend is expected to continue, as market conditions are not recovering fast enough to encourage otherwise.

The decline in prime office space rentmay not end soon as approximately 30,000sqm of grade-A space is expected to join the jostle for occupiers before the close of 2017 in the formof Alliance Place (Q2, 2017), Madina Towers (Q3,2017) and Kingsway Tower (Q4, 2017) amongstothers.

But structured office blocks only tell half thestory. Many organisations, blue chips inclusive,have opted for self-managed conversions(Residential detached houses converted tooffice buildings) as a cheaper or at least more manageable option to house their enterprise. Along the same lines, co-working spaces have become a major phenomenon pushing down the upfront cost small and medium sized companies need to spend on space. The co-working hubsub-market has grown so big increasing by 21% (from 34 to 41) within the last 6 months in Lagos alone. The first co-working conference in Nigeria is billed to take place in Q3 2017.

While employed consumers were still underpressure from shrinking purchasing powerof their salaries, recent figures from the NBS showed that unemployment had risen to 14.2%. This would be the 8th straight quarterly rise from Q2 2015 (6.4%). As of today, retail contributes 7% in employment to Nigeria, lower than the 17% global average. Corporates battled increased costs and had to execute layoffs. The Banking sector, a major employer of the middle working class cut staff by an estimated 4,000 from December 2016.

In effect, consumer spending reduced and the outlook for the near to mid-term wasn’t upbeat. In line with these, the country’s leading retailer  Shoprite, reduced its projected newstore openings from 13 to 2, citing economic instability as the reason for this seemingly drastic step.

Reduced footfall as a result of the economy translated to a reduced demand for large sized retail outlets, landlords had to reducerents to avoid voids. Some tenants successfully negotiated an unprecedented reduction in annual rentals and payable in local currency. This is in contrast to the a few Landlords’ who insisted on the 2016 payment preference, USD. Analysts tend to see malls in Nigeria as overpriced and the recession made substitute locations a preferable option. This was especially the case for large corporates watching their bottom lines.

The country’s online market is estimated to be $10B nand online retailers now average 400,000 orders every 24hrs. Not to be left behind, Nigeria’sleading mall – the Palms, spiced up its online presence towards the end of the first half of theyear. This was also in recognition of the growth experienced by core retailers Jumia and Konga.

Novare led the Lagos malls with a 57% vacancy rate, slightly reduced from the 63% figure recorded in December 2016. The Palms continued its 0% vacancy streak with a combination of client friendly pricing and welcomed global clothiers, Tommy Hilfiger. As expected, malls in Port Harcourt saw increased vacancies, a reflection of the consumer’s reduced financial position and the waning influence of oil. The increase vacancy rates for Abuja was more pronounced, suggesting that the shock from the implementation of the government’swhistle blowing policy may have had unexpected consequences.