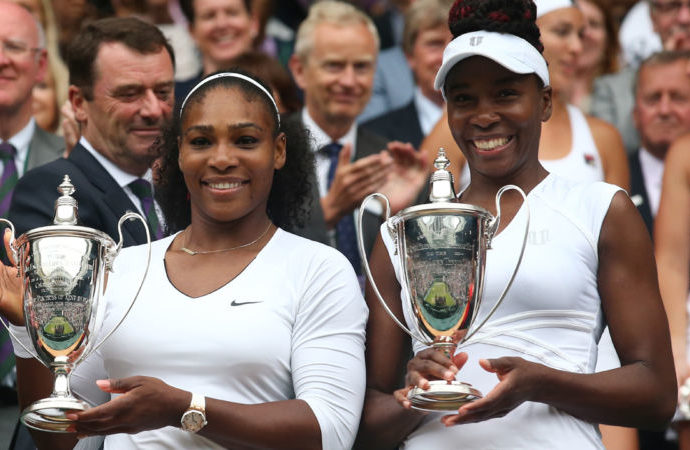 America’s Williams sisters can write another chapter in their eventful family history as they attempt to set up their ninth Grand Slam final, eight years after the last, at the Australian Open on Thursday.

In a plot straight from the 2000s, both sisters have raced into the Melbourne semi-finals without a dropping a set, and they appear equally focused on getting their hands on the title.

At least one American is guaranteed to be in Saturday’s decider, with Venus confronting confident compatriot Coco Vandeweghe in their last-four clash on Rod Laver Arena.

Following them on court will be Serena against fellow former teenage prodigy Mirjana Lucic-Baroni, who is into her first Grand Slam semi-final in 18 years.

It has become a tournament of the golden oldies, with Venus 36, Serena 35 and Lucic-Baroni 34. Vandeweghe at 25 is the young pretender.

Serena said it was a testament to the Williams’ staying power that they were still fighting for titles at their age.

“I’ve been doing this for many years. The past few years I’ve been super-consistent,” she said. “But yeah, I’m just really happy for Venus, obviously. She’s doing amazing.

“I’m really happy for Mirjana, as well. I was there when she first started. To see her be able to never give up actually is super-inspiring to me. It’s a wonderful story.”

Few would have picked a Serena-Venus final as the tournament got underway, but it is now a 50-50 chance.

They last met in a major decider at Wimbledon in 2009, which Serena won. The younger Williams has the clear edge, winning six of their eight Grand Slam final encounters stretching back to the US Open in 2001.

Venus said she was not interested in the past, only the future and the immediate threat posed by the aggressive Vandeweghe.

“Anything that’s happened before is just so. I’m ready for the future, if I can be honest,” she said.

Vandeweghe is a major threat to an all-Williams final.

She demolished French Open champion Garbine Muguruza in a blitz of big hitting to make her first Australian semi, and she is supremely confident to boot.

“It’s amazing to be in a semi-final. But, you know, not satisfying,” said Vandeweghe, who also stunned world number one Angelique Kerber in round four.

“I want to keep going, keep playing. There’s more things to do out on a tennis court that I’m hoping to achieve.”

Brave Lucic-Baroni will have crowd support in her showdown with Serena after upsetting fifth seed Karolina Pliskova to make her first Slam last four since Wimbledon in 1999.

The unseeded Croat was among a crop of teen talents emerging at the same time as the Williams sisters in the 1990s, along with Martina Hingis and Anna Kournikova.

But an abusive father, money issues and injuries derailed her career.

She is happy to have got this far, and ready to put her aching body through another test against Williams.

“Serena is our greatest champion, for sure, the greatest tennis player that ever played the game. So it’s going to be incredibly tough,” Lucic-Baroni said.

“I’m just going to do my thing like I’ve done before, every other match. I’m going to go out there with my heart and do the best that I can.”

Nigeria to register Fulani herdsmen at the borders – NGF

Why Every Lady Must Read My Shocking...