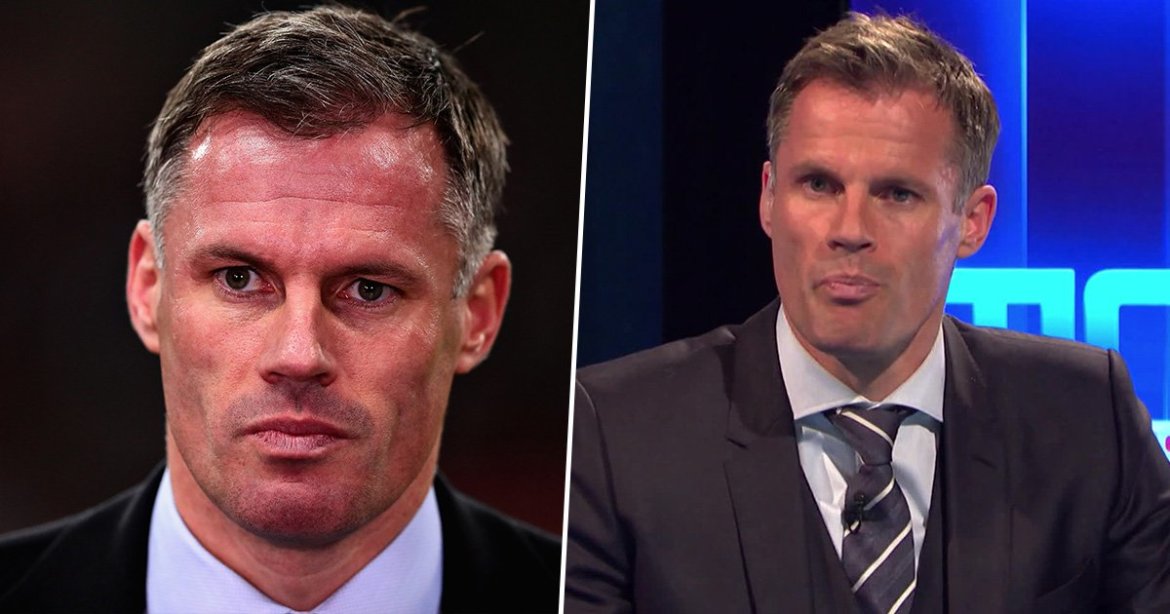 Former England international, Jamie Carragher has been suspended by Sky Sports after a video showed the former England and Liverpool defender spitting towards a girl in a car from his own vehicle.

The television pundit had been covering Liverpool’s 2-1 loss to Manchester United for Sky on Saturday.

He apologised but Sky said it “takes this matter extremely seriously and strongly condemns Jamie’s actions”.

It added they had “made that clear to him in person” and “suspended him”.

“It falls well below the standards we expect of our people,” continued the statement.

A Danish television channel has also pulled Carragher from its coverage of Manchester United’s Champions League game against Sevilla at Old Trafford on Tuesday.

Totally out of order & Ive apologised personally to all the family this evening. I was goaded 3/4 times along the motorway while being filmed & lost my rag. No excuse apologies. https://t.co/ofrNfiwhYH

He was interviewed on Sky News on Monday and called it “a moment of madness” and “four or five seconds I can’t explain”.

“It’s devastating for the family involved and I’m sorry for my actions,” he said. “I called the family, obviously they were upset last night.

“That is my biggest regret, that a 14-year-old girl was caught up in the middle of this. That devastates me more than anything else.

“Because it is a young girl it feels slightly worse to me. I have a daughter of the same age and if someone had done that to her I don’t know how I would respond.

“Hopefully the family can accept that apology from me.”