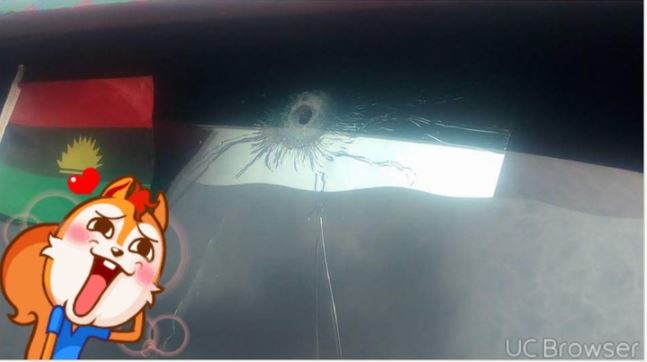 Reports gaining attention on social media indicate that a trigger-happy police officer in the South-eastern part of Nigeria shot at a driver flying the Biafra flag against his order.

A lorry driver’s life was threatened in Aba, Abia State after a policeman reportedly shot at him for refusing to take down a Biafra flag hanging in his vehicle.
A bullet hole could be seen on the windscreen of the truck alongside a crack from the shot but the driver was safe. This stirred up rukus in the area as residents were thrown into panic.
The federal government has frowned at Biafra secession with President Muhammadu Buhari stating that the unity of Nigeria is non-negotiable.
See more photos: