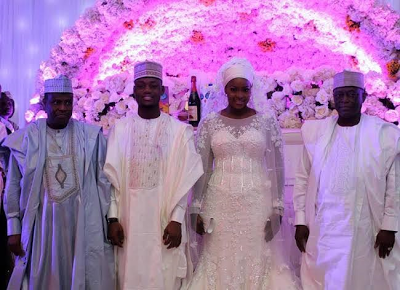 The Sokoto Hisbah Commission, the special police force that enforces Sharia practice in the North, has seized the musical instruments used during the pre-wedding dinner of the daughter of Governor Aminu Waziri Tambuwal last December, for allegedly violating Shari’ah law being operated in the state.

According to DailyTrust,  the Commandant of the Commission, Dr Adamu Bello Kasarawa who confirmed the development, said the commission had wanted to arrest the DJ that performed at the dinner but he escaped.

According to Kasarawa, the kind of music played at the dinner was not allowed in Islam and that as a commission,  it was their mandate to correct anything that was against Shari’ah law being operated in the state.

Kasarawa added that the instruments along with other devices seized across the state would be destroyed.

Why I Kept My Pregnancy From The...