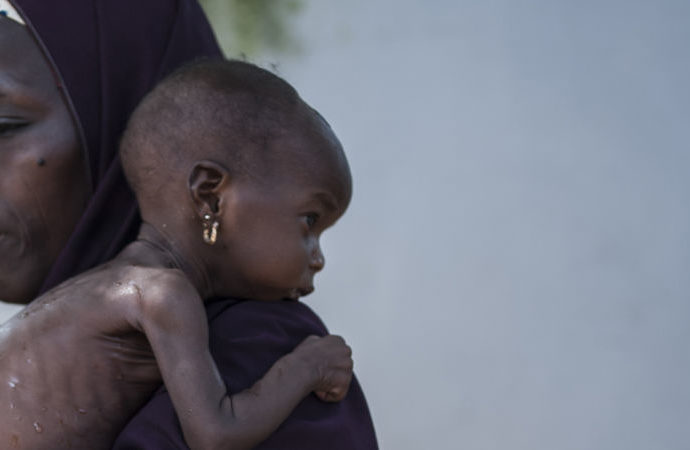 Some victims of the conflict in the north-east have accused soldiers and members of the civilian joint task force of raping women and girls in internally displaced persons (IDPs) camps and a hospital in Borno state.

In a petition seen by TheCable, the victims under the Knifar Movement, a body advocating the rights of displaced persons, called on the national assembly to come to their rescue.

They said the alleged harassment had continued unabated since 2015 when they were displaced from their homes as a result of the insurgency in the region.

They also alleged that 466 of them have died in Bama Hospital camp, while 279 others in the area are being detained in military barracks and Maiduguri maximum prison “for offences they did not commit”.

The victims demanded the release of their people in “illegal detention”.

“First we sold our jewellery to them to get food. Then we sold our clothes. When we didn’t have anything left, they asked for sex. Young women were forced to date the civilian JTF members and soldiers to feed their children,” the petition read.

“Most of us arrived in Bama Hospital camp by the end of 2015 and early 2016. We were initially only given food once in a day, just maize flower. There was not enough water either. If you wanted more food, you had to pay the civilian JTF and soldiers who guarded the camp.

“If they would hand out extra food, the women had to pay by giving them sex. Sexual violence and rape by the civilian JTF and soldiers were rampant.

“Even after we moved to Maiduguri, some of our women and girls are still being harrassed by the civilian JTF and soldiers. We also continue to hear from our people back in Bama hospital and Banki camp that the sexual abuse continues.”

In the petition, the IDPs listed the names of those reportedly dead as well as 279 others “wrongfully” detained by the military since 2015.

“They have not had any access to legal assistance. We fear for their wellbeing because more than 200 detainees, including babies and children have died in Giwa barracks in the last year,” the petition read.

The group also said that “so many of our dead relatives are buried inside the cemetery of Bama Hospital,” urging the national assembly to “go and see with their own eyes.”

“So many graves,” they said, adding “children were often buried together or with their relatives.”

“At one point, water was so scarce we could not even wash the bodies,” they said.

“Here in Maiduguri IDPs camp, we met other IDPs who told us similar stories about how the military run satellite camps in Banki, Monguno, Gwoza, Pulka, Mafa, Damboa, Rann, Biu, Gamboru and Ngala to name a few.”

The group also called on the federal government to investigate the issues and bring those found guilty to justice.

Meanwhile, the military could not be reached to react to the allegations.

Sani Usman, spokesman of the Nigerian army, did not answer calls made by TheCable even as text messages to his telephone were not replied.

In October, a report published in Human Rights Watch, detailed how government officials abused and raped women living at IDP camps in Borno.

The report documented sexual abuse, including rape and exploitation, of 43 women and girls living in seven internally displaced persons (IDP) camps in Maiduguri, the state capital.

Four of the victims told Human Rights Watch that they were drugged and raped, while 37 were coerced into sex through false marriage promises and material and financial assistance.

Idris set up a special panel to investigate the alleged abuses, and two policemen, three army personnel, one prison official, one air force officer, a civil servant and two members of the civilian JTF were arrested.