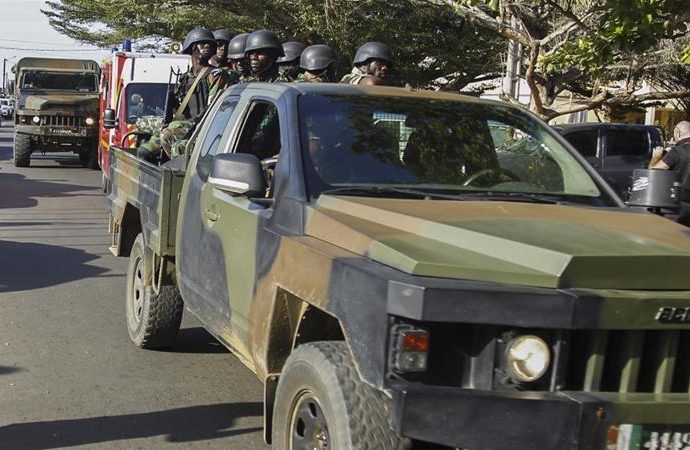 Demobilised soldiers in the Ivory Coast have launched mutinies in three cities, bringing the threat of unrest back to Africa’s fastest-growing economy.

While the ex-soldiers have not yet stated their specific demands, the West African nation’s defence minister, Alain-Richard Donwahi, said on Friday they were demanding salary increases and the payment of bonuses.

The unrest began in Bouake, the country’s second-largest city and onetime rebel stronghold, where heavy weapons fire was heard in the streets before spreading to two other major urban centres of Daloa and Korhogo.

Gunfire also reportedly erupted at a military camp in the western town of Daloa on Friday.

Al Jazeera’s Nicolas Haque, reporting from Dakar in Senegal, said regular soldiers have now joined the ranks of rebel soldiers to take control of Bouake after they seized weapons from police stations on Thursday night and took up positions at entry points into the city.

“These are former soldiers that were part of an ECOWAS force trying to maintain peace in Liberia … Then they returned back to Ivory Coast where there was also a civil war and played a role in maintaining peace and order in the country,” he said.

“Now they are saying they weren’t paid for their services.”

The city was the seat of a rebellion that controlled the northern half of the country from 2002 until Ivory Coast was reunited following a civil war in 2011.

“In Bouake during the civil war, we saw heavy bombardment from government authorities. We saw mass graves,” said Haque.

“There are a lot of young men with arms there,” he continued, adding people in the city were unhappy with their current living situation.

The heavy shooting was heard at about 2 am before later easing, residents said, and sporadic gunfire continued into the late morning.

“The city is under the control of former [soldiers],” an army officer told Reuters news agency.

“There are many of them at the north and south entrances to the city. We are on alert and await instructions from the hierarchy.”

An officer at the West African nation’s military headquarters in the commercial capital Abidjan said reinforcements had been sent to Bouake.

“The situation remains unstable and serious,” he said.

Both Laurent Gbagbo, then the incumbent, and his rival Alassane Ouattara claimed victory in the 2010 election and the country quickly descended into turmoil.

Gbagbo was captured in April 2011 by forces loyal to Ouattara and delivered to the International Criminal Court charged with crimes against humanity. Ouattara was sworn in as president a month later.

“The city is deserted. Men in balaclavas are patrolling the city on motorcycles or in cars. They aren’t attacking residents … They told us to stay at home,” said Ami Soro, a teacher living in Bouake.

Meanwhile a Daloa resident – speaking by telephone from a cocoa processing factory near the army camp – said the sound of weapons firing was continuing on Friday.

“There is gunfire at the second battalion [base] in Daloa. It’s young demobilised soldiers,” the resident said.

There was no clear sign of a link between the Bouake events and the outbreak of shooting in Daloa, but the fact that the rebels were also demobilised soldiers could indicate the uprising was spreading.

In November 2014, a strike by former rebels who had joined the army ground the country to a standstill after spreading to Abidjan from Bouake.

The nearly 9,000 strikers, who joined the army between 2009 and 2011, were demanding full payment of back pay and promotions. The government agreed to a financial settlement with the soldiers, who returned to barracks.