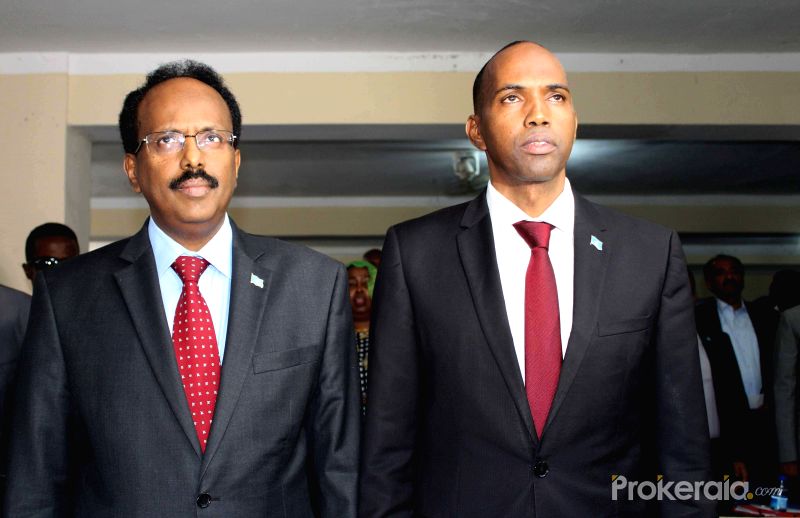 Ali Khaire, who was appointed to the post by President Mohamed Abdullahi Mohamed last month, read out his list of cabinet ministers to reporters.

A dual U.S.-Somali citizen and a former prime minister, President Mohamed has promised to tackle hunger, corruption and violence in Somalia, which has been mired in civil war for a quarter of a century.

On Tuesday, the prime minister named Abdirahman Duale Beyle as his finance minister and Yusuf Garaad Omar as foreign minister.

Beyle, a former economist at the African Development Bank, served as foreign minister from 2014 to 2015. Omar, a dual British-Somali national, was head of the BBC’s Somali language service.

Khaire was the former country director of the British company, Soma Oil and Gas.

His own appointment by the president was controversial because U.N. sanctions experts had previously accused Soma of paying Somalia’s oil ministry nearly $600,000 to protect a 2013 exploration contract. Britain’s Serious Fraud Office investigated but found insufficient evidence to prosecute.

Somalia has been in turmoil since 1991, hit by decades of conflict at the hands of clan militias. Over the past several years, it has faced an insurgency by al Qaeda-linked al Shabaab, which the government is battling with the help of regional troops.

President Mohamed has pledged to his people that the era of al Shabaab and other Islamist militant groups was over, promising the group’s fighters “a good life” if they surrendered.

Khaire’s ministerial list will be put before the parliament for approval in the coming days.

Police Arrest Man For Stealing A Whole House In Yangon