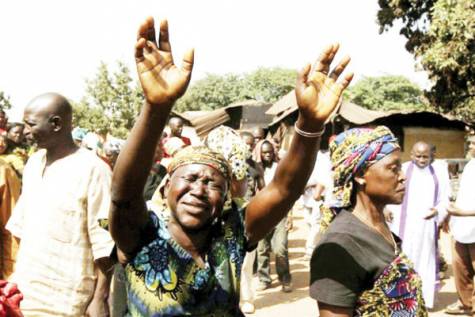 Garba spoke after a meeting involving MACBAN Pastoral Resolve (PARE) and Mobgal Fulbe Development Association amongst others in Kaduna.

Yusuf lamented that many roads in Southern Kaduna were not accessible to the Fulani and other people except locals in the area.

“We want the government to take disciplinary action against the district and village heads where illegal road blocks are mounted, because even though we are in full support of the peace initiative by the government, we want action to be taken to end the killings in southern Kaduna

“We are really worried about the happenings in the area because Fulani are really facing challenges. A Fulani man is not free to go about his normal business in the area for fear of being attacked and this is telling on the socio-economic well being of the Fulani man.

“Another issue is the fact Fulani are not given admission into government institutions in southern Kaduna including College of Education, College of Nursing, the Kaduna state University (KASU) and the Kaduna Polytechnic, Agricultural Department. So I want to call on the government to as a matter of urgency reverse the trend as it is one of the solutions to finding last peace in the area.