Southern Kaduna: Nobody can Christianize or Islamise Nigeria- El-Rufai 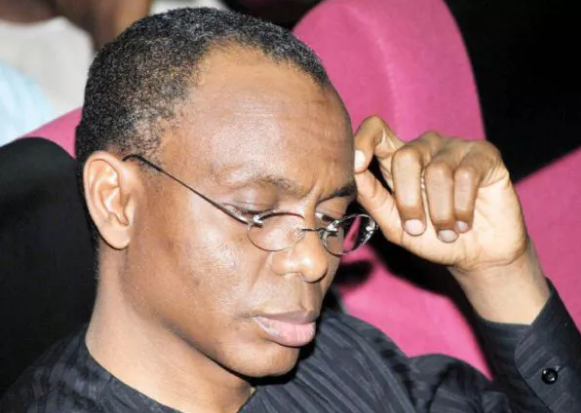 The governor, who made the promise when he received the prelate of the Methodist Church Dr. Samuel Chukwuemeka Kanu Uche in his office, also urged the Church not to relocate from their present location.

He said: “I visited your church in Kafanchan after the violence. We are willing to give you another plot of land in Kafanchan, but please consider using it to build an additional church.

“We request that you do not abandon or relocate the church from your present site. Let us not succumb to the agents of blackmail and division.

“Your neighbuors in Kafanchan must accept the right of that church to remain there. The current church should be rebuilt and maintained as a symbol of the right to worship freely.”

El-Rufai said that the government was committed to securing the area and returning to normalcy.

He disclosed that 10 mobile police squadrons were now deployed to the affected local governments, along with two battalions of the army.

The governor further requested that the religious leaders should discourage the tendency to allow criminals to hide behind religion.

“When individuals have problems or disputes, they should not be allowed to mobilize emotions by escalating their differences into an ethnic or religious conflict”, he stated.

El-Rufai thanked the Methodists Church for showing solidarity with the people and government of Kaduna State in this trying moment.

Earlier in his remarks, the prelate, Kanu Uche, urged the Governor not to relent in his quest to restore peace and security in southern Kaduna.

“We note that you are being blamed over the violence in southern Kaduna. Please take that as the price of leadership.

“We know that the issue has been happening before your government. I remember the 1987 events vividly.

“We call on the people of Kaduna State to accept each other, to be tolerant, and to say no to violence. I have served in Kano. I do not see why we should fight each other. Nobody can Christianise or Islamise Nigeria.

“Let us learn to live together in peace. Religion should preserve lives. Anybody who kills is a criminal. Those who sponsor killings should be arrested”, he stressed

Southern Kaduna: Nobody can Christianize or Islamise Nigeria- El-Rufai was last modified: January 20th, 2017 by Reporter