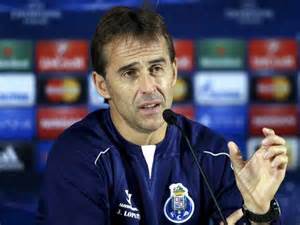 As he steps up his preparation for the World Cup, Spain coach Julen Lopetegui is worried Isco and Marco Asensio will not play enough for Real Madrid.

Isco has started 14 La Liga games for Zinedine Zidane’s side this season but was absent for Saturday’s 4-1 win at Valencia due to a hip injury.

Asensio may also be pushed down the pecking order with teh return of the famed ‘BBC’ upfront even though he has scored four La Liga goals – double Benzema’s haul despite starting three league matches fewer.

“I’m sure they will play again, but I’m worried that Marco and Isco play little,” Lopetegui said. “Diego Costa has not surprised me and he can be in the next squad.”

Lopetegui is set to sign a new Spain contract.