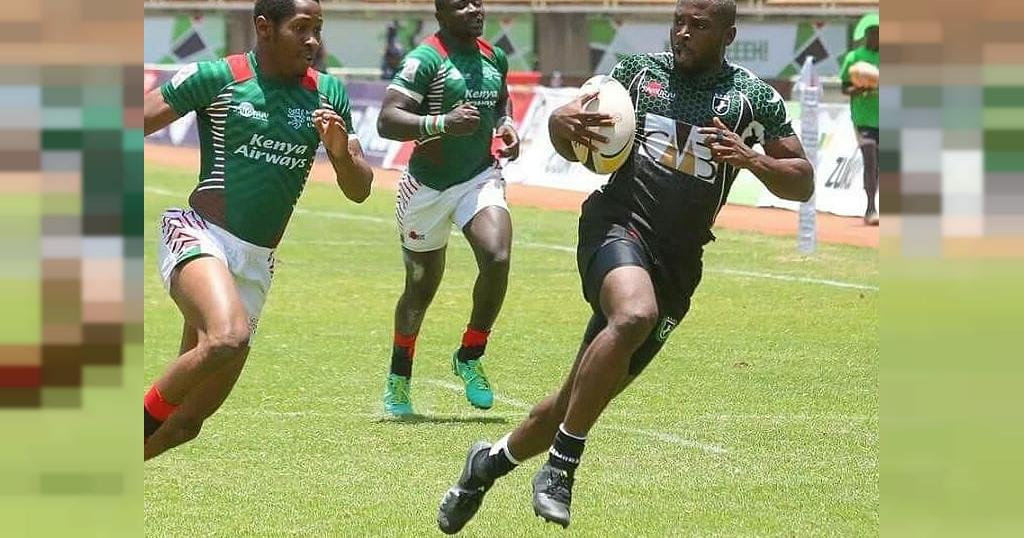 There is a sigh of relief in the game of rugby in Nigeria after the unceremonious removal from office of Mr Ntiense Williams as the Technical Director by the Rugby Federation President Mr Kelechi Mbagwu has been declared null and void.

This declaration was made by the panel set up by the supervising Ministry of Youth and Sports to investigate and has just declared judgement in favour of Mr Williams who was said to have been victimised.

The very explicit three-page judgement was reached after the panel sat, received oral and written evidence from those concerned and declared its findings which the Honourable Minister after careful study of the report ordered its immediate implementation; especially, given the fact that the President Mr Kelechi Mbagwu refused to honour the panels invitations even after repeated rescheduling by him.

“Ministerial directive on the implementation of the recommendations of the committee set up to investigate the petition submitted by Mr Ntiense Williams.”

“I am directed to draw your attention to the above-named subject matter and to convey the directive of the Honourable Minister to you.

The Ministry has noted your repeated failure to honour the invitations of the committee in spite of several rescheduling in other to grant you a fair hearing.

The Ministry also noted the total disregard to the National Sports Federation Code of Governance 2017, lack of due process in the management of technical matters, administrative lapses and your attitude in respect to Ministry’s officials like the Secretary-General and Treasurer. Furthermore, the lack of inclusiveness in decision making is a factor that has compounded significant distrust among Board Members, Ministry staffs and your leadership. Therefore the Ministry is intent on sanitizing the Federation.

The Honourable Minister, therefore, has directed as follows:

That the Rugby President Mr Kelechi Mbagwu and the acting Technical Director Mr Yaro Abubakah are hereby suspended from attending any further Ministry of Sports events such as Meetings with the Honourable Minister, National Sports Festival Meeting etc with immediate effect until compliance with the directive is fully observed.

You will remember that around January 2019, the Rugby President Mr Kelechi Mbagwu removed the dully appointed Technical Director of the Rugby Federation Mr Ntiense Williams and Secretary General Mr Victor Anusa unceremoniously, prompting Mr Williams to go through due process and petitioned the supervising Ministry of Sports for justice.

Between six months, the panel concluded its assignment notwithstanding the change of guards of the Honourable Ministers and Permanent Secretaries, which slightly delayed the implementation of the panel’s recommendations.

The letter which has fourteen well spelt out recommendations ranging from administrative lapses to financial malpractice and absolute disregard to constituted authorities and due process in the administration of the Rugby Federation amongst others requires urgent and immediate positive actions to avert any further disgrace which the Rugby President has dragged the game into in recent days.

Last years Lagos Rugby League was won by Police RFC and till today they were not presented the Winner’s Trophy talkless of any cash reward and the National League Finals between the Northern & Southern Winners has been abandoned because his Club Cowrie RFC did not win the Lagos leg. No league was played in the South East / South-South Region last year as against two years ago when the Technical Director was allowed to function

There has been no domestic national program by the NRFF throughout last year. No Technical activities such as Coaching or Referees Course / Seminar or even Clinic. Only the Men National Team went on Rugby Africa sponsored programs which unfortunately didn’t perform well losing out on the Africa Rugby Premier League which will be kicking off soon across the Continent. Not to talk of even Women Rugby or age-grade event. Rugby activities have been thriving lately purely through the personal and passionate efforts of individuals who have the game at heart and are prepared to go all out to develop the game in the country.

Rugby activities have literary being grounded in the country if not for the sudden resurgence through the same Mr Rugby Ntiense Williams with the addition of the game in the upcoming National Sports Festival as an optional Sports by the host State – Edo.

We sincerely hope and pray that this will once again be the means of reviving the beautiful rough game played by gentlemen.