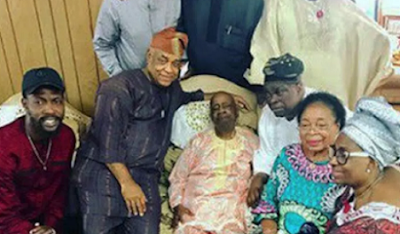 The late Abebe was the Odionwere (village head) of Iruekpen community in Esan West Local Government Area of Edo State.

A family source, who broke the news to reporters in Benin City, said: “He died this afternoon after a brief illness. He was the Odionwere of Iruekpen and by tradition, his death will not be announced until a meeting is called by his second-in-command.” He was 99.