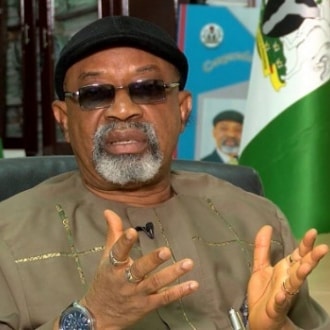 The Minister of Labour and Employment, Chris Ngige, has cautioned youths against solely relying on government for job opportunities.

Ngige tasked Nigerian youths to seek other means of employment and not rely on government.

He stressed that the government can’t provide everyone with jobs.

The Minister gave the charge while speaking at a Townhall Meeting on Popularization of blue/green collar jobs among graduates of tertiary institutions in Nigeria in Edo State and was contained in a statement signed by the Deputy Director/Head of Press of his ministry, Charles Akpan.

Represented the Director, Special Duties and Projects Department in the ministry, Martina Nwordu, he said the wealthiest youths in the world currently were not government employees.

He said: ”The minister also urged Nigerian youths to invest their talent in other job sectors, as the richest youth of the world, aged between 21 and 31 years, are not employees of government but smart entrepreneurs who distinguished themselves in creative skills in various areas.

“The purpose of the meeting, which held concurrently in four other geo-political zones of the federation, was to sensitize representatives of key stakeholders in graduate employment on the benefits of blue/green-collar jobs as an alternative response to the challenges of graduate unemployment.”