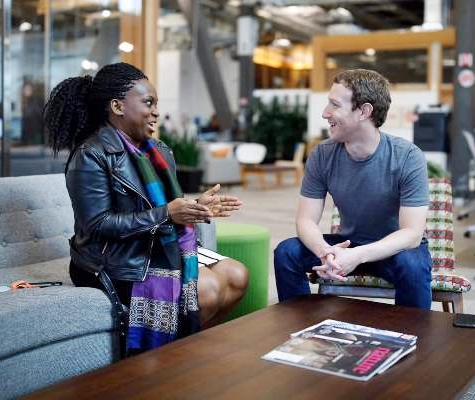 Lola Omolola, founder of Female In Nigeria (FIN), a Facebook group of a million members, says she stopped eating and sleeping at the inception stage.

Omolola, who recently met with Mark Zuckerberg, Facebook founder, said she created FIN as “a safe place, for a woman who has something to say”.

Despite the sacrifices she put into building the group, Omolola said she has refused to “monetize women’s stories” – which is the focus of the group.

She told the BBC that companies started making offers to advertise on the platform right from day one.

“When we started I used to cry. I stopped sleeping, I stopped eating.

“I was not ready for the stories that were coming out. There were women who had been abused for 40 years and hadn’t told anyone. No-one should live like that.”

She said although the idea to start a forum “where Nigerian women could talk openly about the issues that affected them” has been there for some time, the kidnap of the Chibok girls was a motivating factor.

The group, which started nearly three years ago as a platform to discuss women’s issues, now gets “hundreds of applications for posts every day but they are managed and approved by a group of 28 volunteers”.

“About four or five make it on the page,” she said.

“Above anything else, Finsters are not allowed to judge each other. Any negative comments are removed, as is the member who posts them. I noticed that those people who try to shut women up in real life, they came there.

“They are so deeply conditioned to work against their own interest. It’s the online version of the pinch and the shush.”

Aside the million-strong membership, the founder has dreams of taking the group to a whole new level by bringing its ideology into real life, providing centres where women can go to talk about their experiences in a safe space.

“It needs money and right now I have none,” she says. “I can’t even pay my rent.”

I stopped sleeping when we started – FIN founder was last modified: June 15th, 2017 by Arinze Ago