“WHY STUDENTS DON’T JOKE WITH MY LECTURES” –SOLA FOSUDO 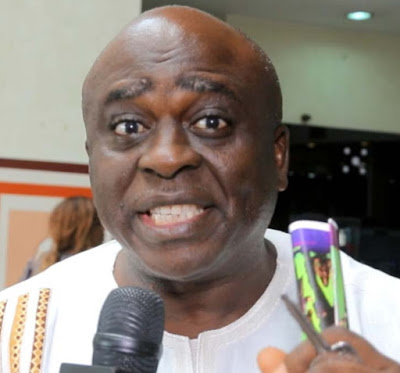 “Sola Fosudo” speaks about his journey so far in the movies industry and also being a lecturer.

In an interview recently Sola Fosudo revealed how his career started in 1980 at the Obafemi Awolowo University, where Professor Wole Soyinka and Professor Adelugba amongst others professors mentored him.

He said, his choice of choosing TV series is more flexible in times of managing time unlike shooting a movie where you have to travel from locations to locations.

When asked how he cope amidst his student, the actor/lecture says his students are happy that he is in the industry, that they learn a lot from him not only in times of theory but the practical aspect as well, Sola said being an actor and a teacher has gave him the priviledge to discussed the experience and practical aspect of his career to his students.

The trained dramatist of Obafemi Awolowo University, Ile-Ife and University of Ibadan obtained a Master of Art degree in drama and he has featured and directed several Nigerian Films.

The actor as starred in over 40 movies and series among are Village Headmaster, Ripples, Sound of Destiny and many more!!!

“WHY STUDENTS DON’T JOKE WITH MY LECTURES” –SOLA FOSUDO was last modified: April 30th, 2018 by Reporter