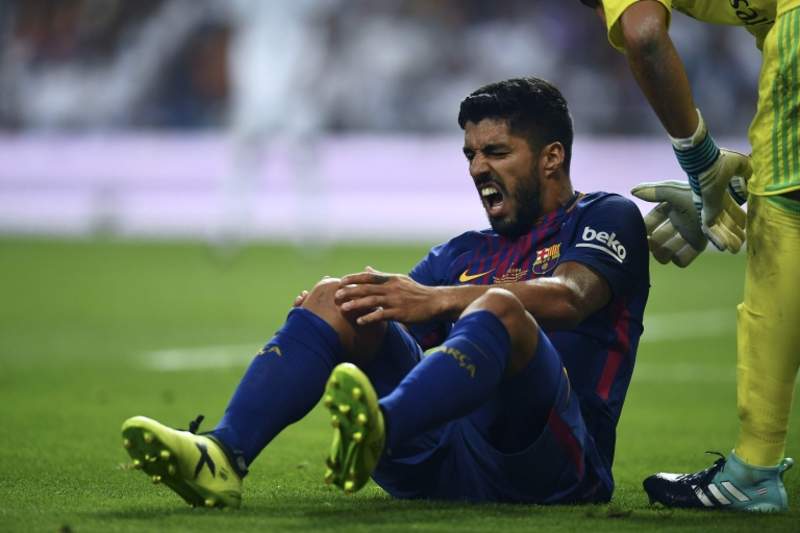 Barcelona forward Luis Suarez will remain on the sideline for four to five weeks with a knee injury, the Uruguay football association said.

The former Liverpool player suffered the problem during the second leg of Barca’s Super Cup match against Real Madrid on Wednesday.

He will miss Uruguay’s forthcoming matches against Argentina on 31 August and Paraguay on 5 September.

Goals from Marcus Ascensio in the first four minute of the game and another from Karim Benzema in the second half sentenced Barca to a 5-1 aggregate defeat after the Catalans were thrashed 3-1 in the first leg at Santiago Bernabeu.

Suarez Injured, Out For 5 Weeks was last modified: August 17th, 2017 by Damilare Salami