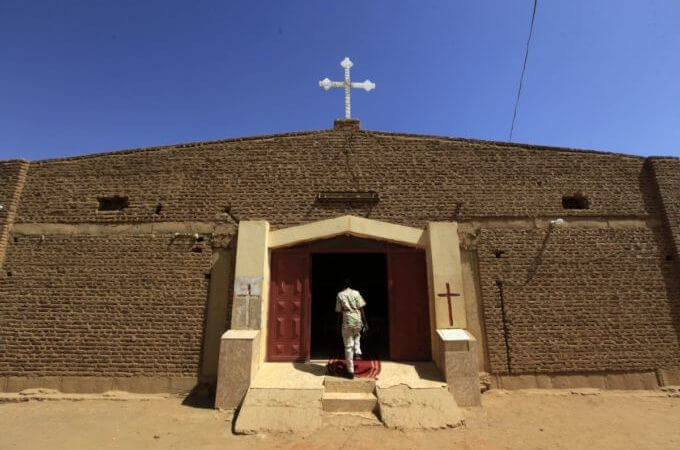 Sudanese are reportedly set to demolish at least 25 Christian churches allegedly said to be “trespassing into residential areas”.

According to Radio Tamazuj, religious leader, Meilad Musa, who is a member of the Sudanese Christian Church, said President Omar al Bashir’s led government had been refusing to approve plots for Christians to build places of worship like Muslims.

Reverend Yahya Abdurrahman, a pastor of Evangelical Church described the decision as a flagrant violation of religious freedom.

“This move targets the churches in Khartoum because they always acclaim that these churches have trespassed into public places, but it I think it’s a plan,” Yahya was quoted as saying.

In 2014, Sudanese authorities issued an order banning the construction of all new Christian churches in the Muslim-dominated country, a report by Christian Post said.

Sudanese Minister for Guidance and Religious Endowments, Shalil Abdullah, was at the time quoted as saying that due to the country’s separation from South Sudan – where many Christians have fled – the existing churches in the Republic of Sudan were sufficient for the nation’s minority Christians.

The Chief Operating Officer at Christian Solidarity Worldwide lambasted the move saying that this “constitutes a violation of the right to freedom of religion or belief”.

“… This policy, and the continued practice of demolishing and confiscating church land, constitutes a violation of the right to freedom of religion or belief, guaranteed in article 6 and 38 of Sudan’s Interim Constitution as well as article 18 of the International Covenant on Civil and Political Rights (ICCPR), to which Sudan is signatory,” Dipper was cited as saying at the time.

Sudan ‘to demolish at least 25 Christian churches’ in Khartoum was last modified: February 2nd, 2017 by Arinze Ago