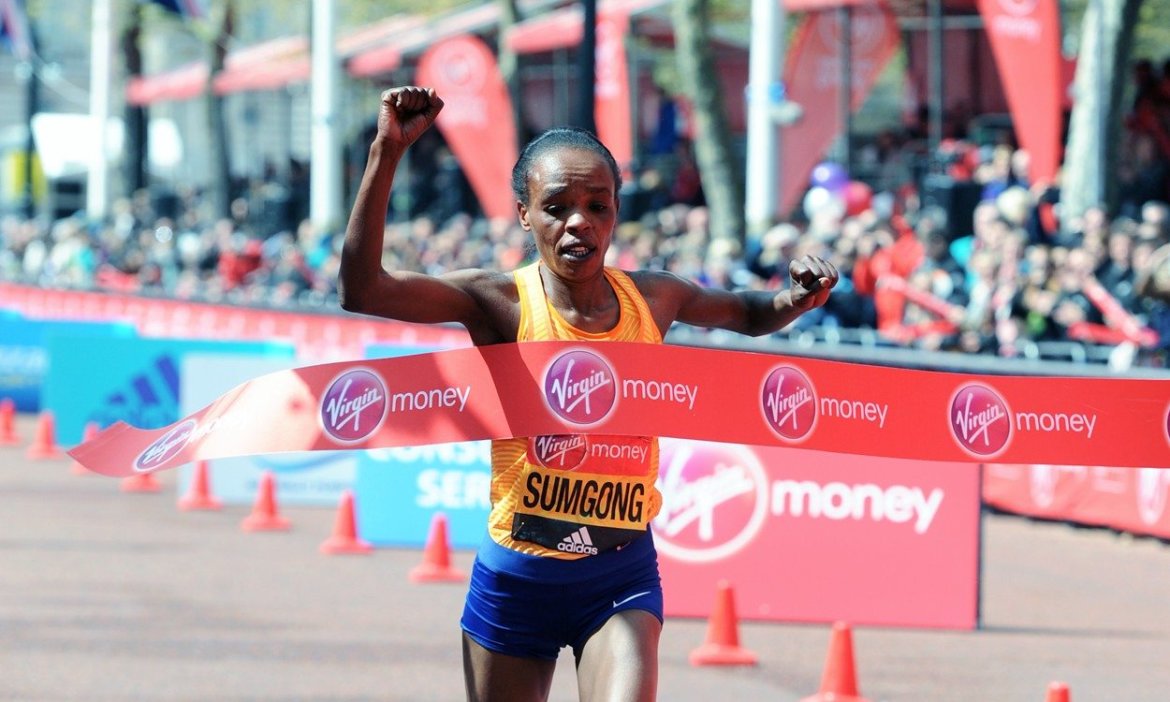 The Abbott World Marathon Majors (WMM) will hold back on naming a women’s champion until after the conclusion of the doping case involving series leader Jemima Sumgong.
Sumgong, who last year became the first Kenyan woman to win Olympic gold in the marathon, tested positive for the banned blood-booster EPO (erythropoietin) in an out-of-competition test carried out by the sport’s governing body.
“While we are distressed to learn of the reports of Jemima Sumgong’s positive drug test, if true, they indicate that we are gaining ground in our long-standing fight against doping,” Tim Hadzima, general manager of the consortium, said in a statement.
“Given our policies, until the conclusion of Jemima Sumgong’s case and any potential appeal process, we will not name a Series X women’s champion,” he added.
Sumgong leads the standings for Series X, which concludes at the April 17 Boston Marathon.
World Marathon Majors (WMM) rules state that athletes found guilty of breaking anti-doping rules enforced by the governing body IAAF, World Anti-Doping Agency (WADA), national federations or any of the series’ individual races cannot win a title.
“The Abbott World Marathon Majors is committed to eradicating doping and we will continue to lead the way in introducing and campaigning for aggressive measures,” Hadzima said.
“To that end, we recently, in conjunction with the IAAF, built and funded one of the largest targeted testing pool of athletes, with an aim of requiring more than 150 individuals to submit to out-of-competition testing a minimum of six times a year.”
If Sumgong’s B sample is confirmed as positive and she is subsequently banned, it would be a massive blow for Kenya, where her Rio victory was greeted with near-delirium after a long barren spell over the classic distance at the Olympics.