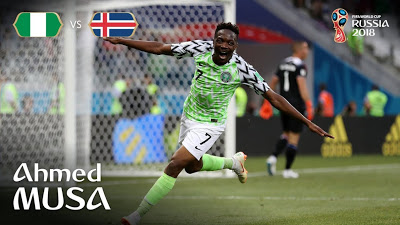 Super Eagles player, Ahmed Musa, who made Nigeria proud at the just concluded FIFA 2018 World Cup has been shortlisted for the Goal of the Tournament Award by FIFA.

Musa’s second goal against Iceland was one of the goals selected. Other contenders to win the Goal of the Tournament title are;

Super Eagles Player, Ahmed Musa Gets Nomination For Goal Of The Tournament was last modified: July 17th, 2018 by Reporter