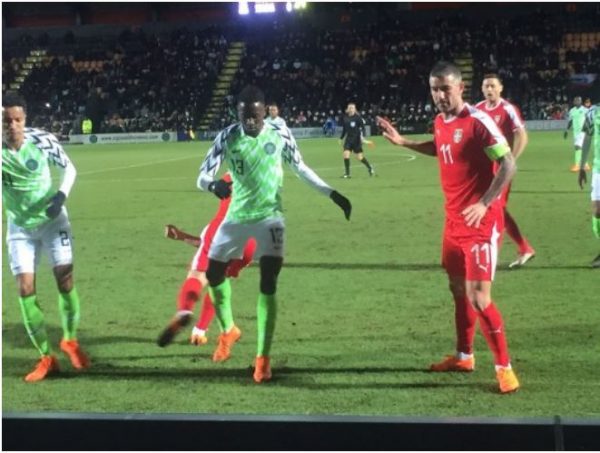 As preparation for the 2018 Fifa World Cup enters top gear, Atletico Madrid will be heading to the shores of Nigeria for the first time to lock horns with a select Super Eagles squad at the Godswill Akpabio Stadium on Tuesday evening.

Although both teams are expected to field fringe players, while the game is a friendly — the first of its kind in Nigeria — it will not be a surprise to see both teams set out to make a statement.

Hull City went to Kenya to play Gor Mahia
Everton went to Tanzania to play Gor Mahia
Barcelona went to South Africa to play Mamelodi Sundowns
Atlético Madrid will be in Nigeria for the GOTVMaxCup
who is coming to Ghana ? @ZylofonCash please make it happen for a #GHPL teams. ?

It’s yet to be seen how both sides will line up in Uyo, but from the released Nigeria squad list, a bulk of Nigeria Professional Football League players are expected to take to the field, while a few foreign-based players who impressed in their respective leagues will also see some action.

Some of these players are on the stand-by list for the World Cup, so may be particularly keen to make an impression, while others will be determined to prove that Gernot Rohr was wrong to snub them for Russia.

Atletico Madrid are obviously the more superior side, but they’re set to feature several fringe players as well, however, the Super Eagles will fancy their chances of taking a giant scalp.

The Rojiblancos are expected to include several players not participating in the World Cup, so the likes of Jan Oblak, Angel Correa, Ghana’s Thomas Partey, Kevin Gameiro and Fernando Torres could be around.

Despite having an abundance of talent, Atleti aren’t the most attacking unit under Diego Simeone’s watch.

They are usually conservative in their approach, often looking for chances on the counter while remaining solid at the back, and while this has made them a tough nut to crack, their games don’t typically produce many goals. It’s worth noting that they’re only the eighth highest scorers in La Liga this term.

Super Eagles Set To Lock Horns With Atletico Madrid In Uyo was last modified: May 21st, 2018 by Damilare Salami