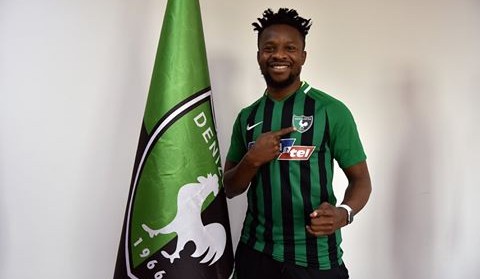 The move to Denizlispor, who are 11th on the Super Lig table, is till the end of the season. He was in the last year of his contract at Trabzonspor.

SCORENigeria first reported the uncertainty regarding the future of the 27-year-old defensive midfielder after Trabzonspor took on loan another direct rival.

Onazi took exception to the report, pouring invectives on the Nigerian sporting media. But today on social media he celebrated his transfer, describing it as a blessing in the New Year while hoping to make a difference.

The former Lazio star, whose transfer market value is at around 2 million Euros, was also linked with a move to UAE club Al Wahda after he was offered to them by an agent.