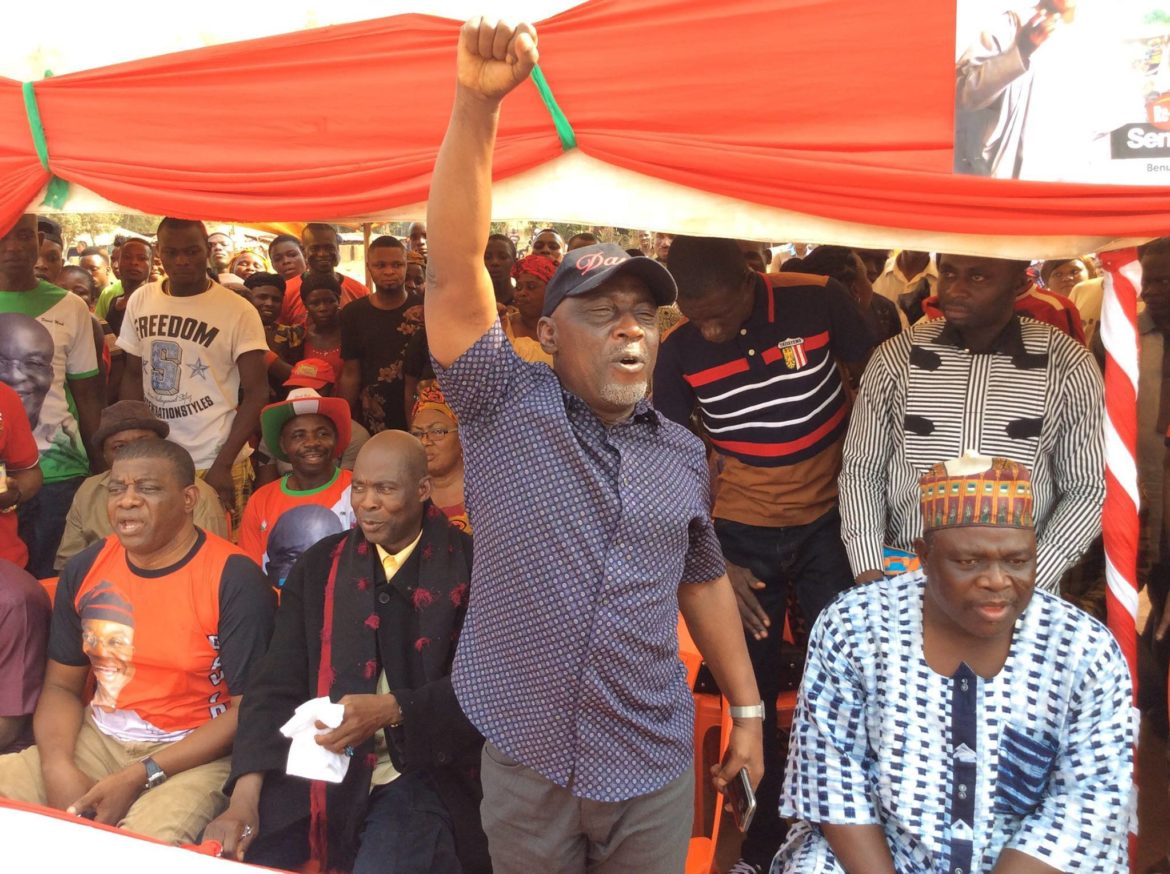 The Supreme Court on Tuesday dismissed a case brought before it by Joe Ojobo over the outcome of the October 2018 senatorial primary election of the Peoples Democratic Party, PDP, in Benue South.

Justices of the apex court validated the nomination of Comrade Moro as the authentic candidate of the PDP for the Benue South senatorial district.

Hon Ojobo had gone to the court to challenge the declaration of Comrade Moro, winner of the primary election.

In a unanimous decision, the five-member panel of judges led by Justice Bode Rhodes Vivour, dismissed the petition for lacking in substance and upheld the decisions the court of first instance and the appellate court.

Justice Amina Augie, who read the judgement of the court went through the main points of the judgement from the High Court and held that the appellant was not declared winner after the primaries of October 4 because the margin of lead which stood at 50 votes was less than the number of delegates from the three local government areas that didn’t vote (358).

She affirmed that INEC monitored both the inconclusive primaries of October 4th and the concluding part of October 7th which conferred legitimacy on them both.

Justice Augie further stated that section 87 (4) (c) of the electoral act says, “at the end of voting” and so voting was not concluded on October 4th.

She said there’s nowhere in the electoral act where it is stated that a primary election must be held in one full swoop.

She dismissed the appeal and said details of the judgement will be made available on a later date.

‘I am fully qualified as a suffering Nigerian’ – Pres. Buhari