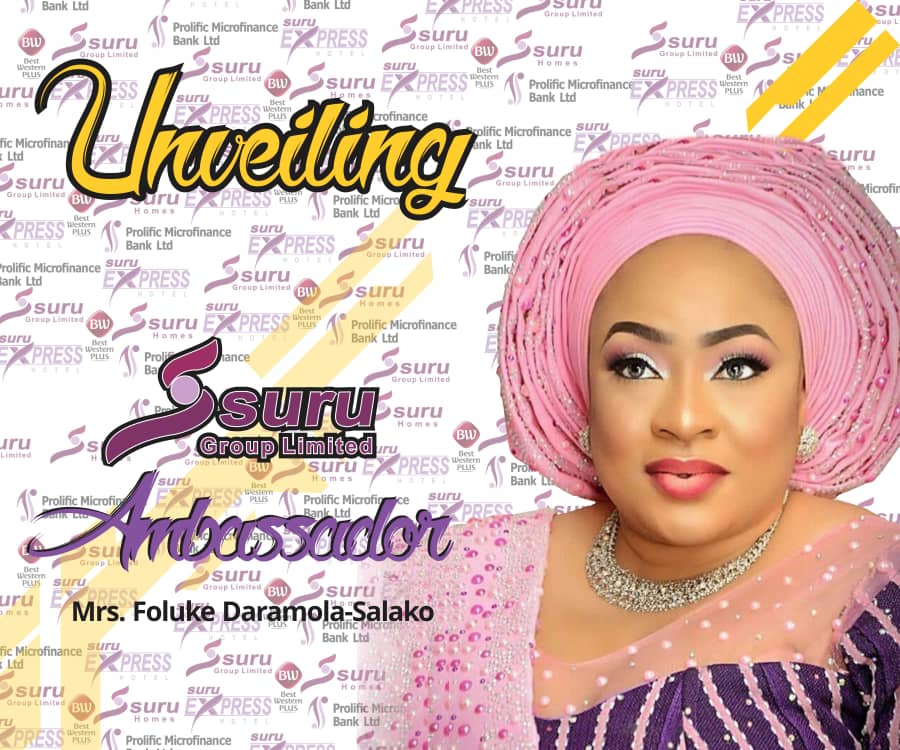 Suru Group, in its bid to set a new pace in the real estate industry, has decided to identify with the actress who has over the years lived a scandal-free lifestyle despite her popularity and social status, to portray its effective delivery in housing plans and acquisition.

Foluke is a graduate of Obafemi Awolowo University.  In 1998, she made her film debut in a series titled Palace. She also starred in Durodola and Above Law.

In 2016, her daughter was reported to be the host of a reality television show. Her film, Cobweb, which she produced and starred in got her Africa Movie Academy Awards best-supporting actress nomination. She noted that the film was inspired by her personal experiences, as her parents didn’t want her to delve into acting while in school. She is the founder of “Action Against Rape in Africa” initiative, which is a movement that seeks to curb rape and bring its perpetrators to book in Africa.

She has bagged several nominations and awards for her role in the movie industry.