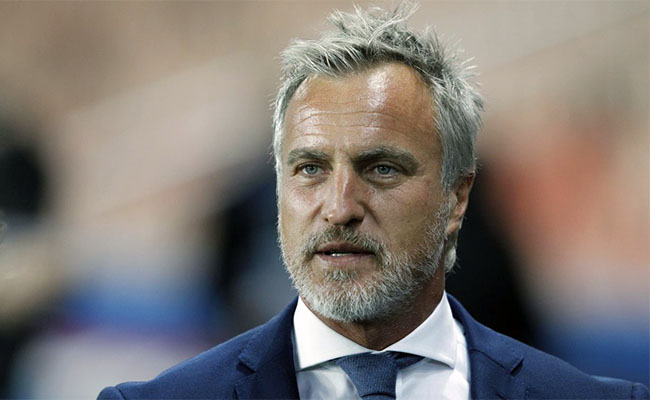 Former France international David Ginola said it is a “miracle” he survived his “sudden death” after suffering cardiac arrest last year.
Ginola, 50, who played for Newcastle, Tottenham and Aston Villa, had a quadruple heart bypass after collapsing during a charity match in France.
He was given CPR on the pitch, which he says was crucial to his survival.
“Thank God there was somebody next to me who did know how to perform CPR,” he told BBC Radio 5 live’s Adrian Chiles.
Ginola was “shocked four times on site” to “restore a normal heart rhythm and within 10 minutes a helicopter arrived to transfer him to Monaco Heart Centre”, said his surgeon at the time.
The former winger called the person who gave him CPR his “hero” as he recalled the events of that day in May 2016.
“It was supposed to be a very charming day in the south of France,” said Ginola, who is part of an annual initiative to try to teach as many schoolchildren as possible CPR in one day.
“It ended up with hospitals, people crying and plenty of emotions, but the end of the story is that I recovered very quickly from my sudden death.
“The funny thing, if we can talk about funny things in that story, is that I didn’t feel any pain at all. The time I fell on the ground until the time I woke up at the hospital after the surgery, I didn’t feel any pain at all.
“It wasn’t painful, it was just not really knowing what happened to me but thank God there were very clever people around me.
“I ended up with five broken ribs after nine minutes of CPR.
“It doesn’t matter if you break ribs, it is just performing CPR because it is about irrigating the brain with blood and the only way to do that is by performing CPR.”
He added: “Having a go is the key. No matter what you do, you need to do it because we are talking about saving lives. If you know about CPR, you need to have a go.”