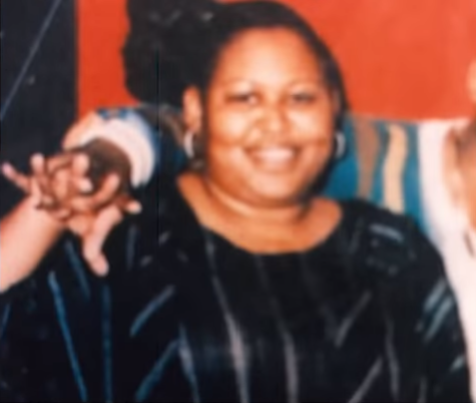 R. Kelly’s elder brother Carey Kelly has opened up about the abuse and revealed who their abuser was.

According to Carey Kelly, they were sexually abused by their older sister who was 16 years old at the time.

In an interview going viral online, Carey is seen recalling how his sister, Theresa, abused him when he was only 6 and she was 16.

Carey, while speaking on Unwine With Tasha K, revealed that he and R. Kelly’s older sister raped and molested them over a period of 6 years. He said she was put in charge of watching them whenever their mother was away at work.

While watching them, she would punish them for flimsy reasons, The punishment would be for them to stay inside the house with her and not be allowed to go out and play with the others. He said his sister made sure to punish only one brother at a time so that while others were out playing, one was inside with her.

She just took my head and put it down in her private part.

She told me to lick her private part.

Of course, I didn’t know what I was doing at six years old.

And then she started giving me oral sex with her mouth.

So she turned around and laid me down and she sat on me. And she took her hand and she grabbed my private part and she put it in.

He says he hasn’t spoken with his sister since their mother died a few years back. He added that he never told his mom about this because he didn’t want her to look at him as if he had done something wrong.

Carey went on to call out other members of his family during the interview. He said that his brother (R. Kelly) is “a monster”, his other brother (Bruce Kelly) is on drugs. (Bruce is currently in prison). Carey continues, saying that his sister is a molester, his niece is a “hoocie ” and his nephew a molester too. The only person he spoke positively about was his mother.