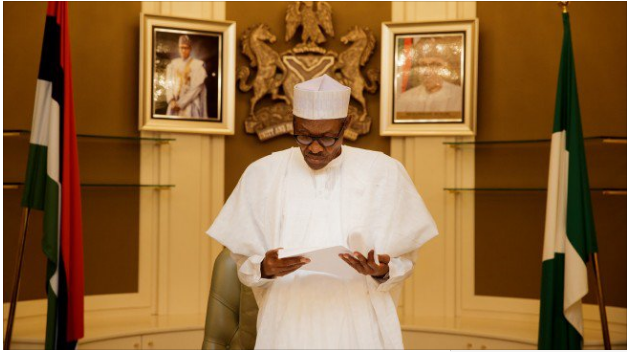 Ekiti State Governor, Mr Ayodele Fayose has described the suspension of the Secretary to the Government of the Federation (SGF), Mr. Babachir Lawal; and the Director-General of National Intelligence Agency (NIA), Ambassador Ayo Oke, as well as setting up of a three-man

Committee to investigate the discovery of over N13 billion cash by the Economic and Financial Crimes Commission (EFCC) in a residential apartment at Osborne Towers, Ikoyi, Lagos as diversionary, afterthought and a prelude to the official cover-up of the original owners of the money.

The governor, who said the Buhari-led government was becoming an embarrassment to Nigerians with its macabre dance of shame, asked;

“Would the President have set up a probe panel if these scams were linked to anyone in the Peoples Democratic Party (PDP) or those members of his party that are not in his good books?

“Most importantly, what business does Presidential Committee have with investigation of crime? Are they telling Nigerians that they have lost confidence in all the intelligence and investigative agencies of the government, including the EFCC and DSS?”

Speaking through his Special Assistant on Public Communications and New Media, Lere Olayinka, Governor Fayose said it was becoming obvious that President Buhari has lost control of his government, adding that;

“The Buhari-led Federal Government is operating like many governments within one government. There appears to be many Presidencies within the Presidency and this is the  reason for the confusion everywhere.”

The governor declared that “the cat of President Buhari’s government hypocrisy in its fight against corruption has already been let of the bag” adding that; “Nigerians can no longer be deceived by a government that protects its own people whenever they are accused of corruption while setting the DSS and EFCC to invade houses of members of opposition parties, especially those perceived as having presidential ambition in 2019 in the night to arrest and detain them indefinitely even when corruption allegations against them have not been proved.”

He said it was the inability of the President to take actions beyond his political party and ethnic sentiments that plunged his government into the present controversies, asking; “Did the President not write a letter dated January 17, 2017, to the Senate, exonerating the SGF? So what has changed in the case of the SGF? Was his announced suspension just for balancing?

“Why waiting for this messy OsborneGate to act on the Presidential Initiative for the North East (PINE) grass-cutting scam? Could it have been a case of one Presidency (Buhari) writing the Senate on January 17, 2017 to clear the SGF and another Presidency suspending him today?

“Whichever way one looks at it, it gives no other impression than that of confusion in the government.”

“Is their presidential committee also going to tell Nigerians those who abandoned N49 million cash in an airport that has CCTV cameras? What the owner of the N448 million

“In all these, what I see is a government trying frantically to cover-up corrupt acts of its functionaries but like I said before now, even though we know that the APC-led federal government has the capacity to sweep it under the carpet like many others before it, Nigerians will have it on record that they are being ruled by a government of the more you look, the less you see.”