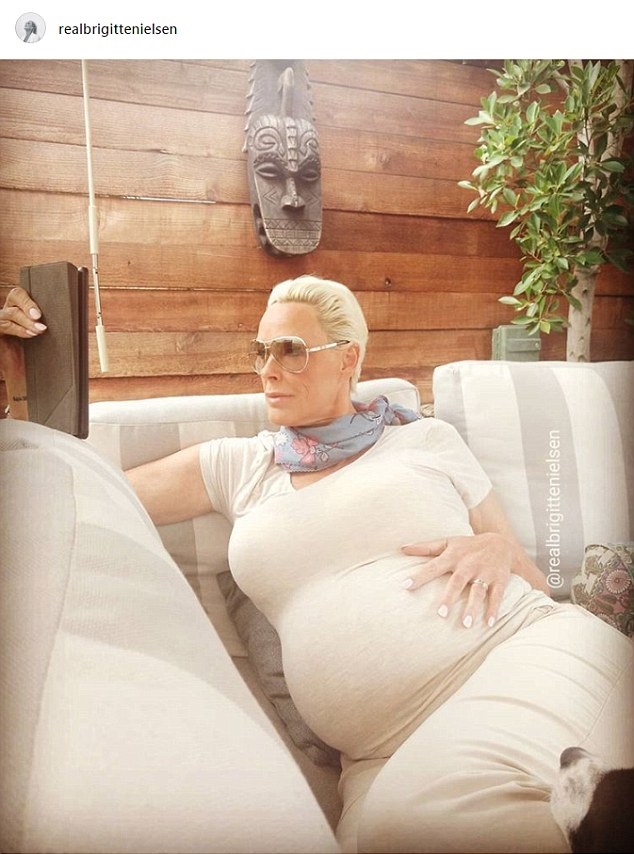 Sylvester Stallone’s ex-wife Brigitte Nielsen, 54, is pregnant. The Red Sonja actress shared the news to Instagram on Wednesday morning, with a photograph of herself dressed in a white dress as she placed her hands on her large baby bump.

The Eighties icon wrote in her caption, ‘Family getting larger.’ The 6ft1in knockout has been married to Italian TV producer Mattia Dessì, 39, since 2006.

Sylvester Stallone’s Ex-Wife Is Pregnant At 54 was last modified: May 31st, 2018 by Reporter