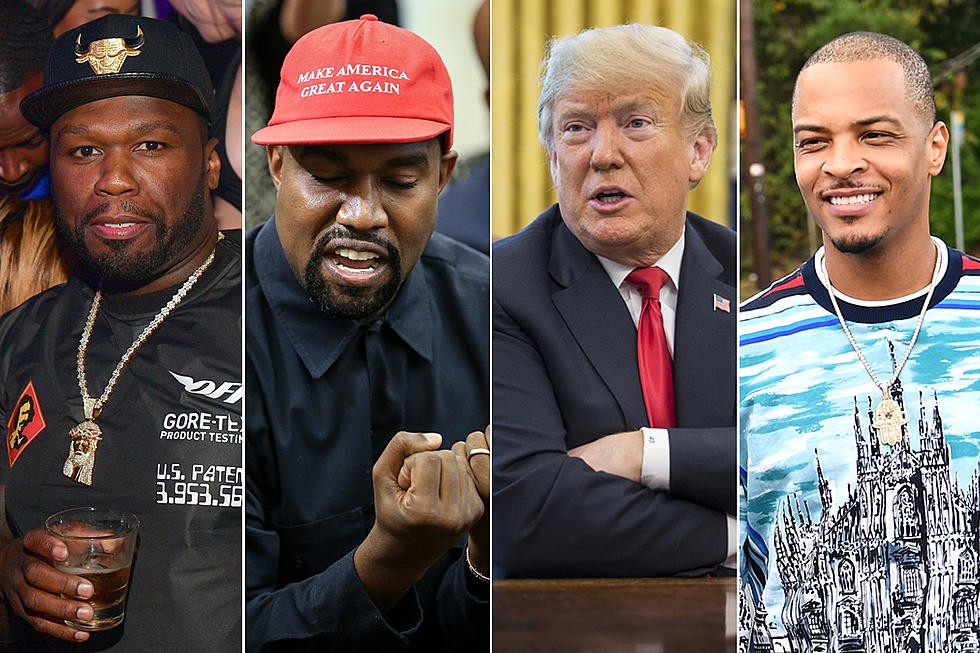 Yesterday, Kanye West visited Donald Trump at the White House, where the two discussed prison reform, campaign slogans and several other things that have been causing mixed reactions online

Among those who criticized his meeting with Trump at the White House was his former collaborator, T.I who tagged the meeting ’embarrassing’ and said they are officially done being friends.

He wrote on IG: ‘Now I’ve been extremely patient and made it a point to not jump to any premature conclusions about Ye’& his antics… Partially due to the lessons learned from the outcome of other similar situations dealing wit my brother Wayne (which I admittedly mishandled a bit in hindsight) But now this shit is next level,futuristic Sambo,Hopping Bob, Stephen off Django ass shit Ye!!!! From what I can gather…

‘ This is the most repulsive, disgraceful, embarrassing act of desperation & auctioning off of one’s soul to gain power I’ve ever seen. Now I recall you asking me to come with you to have this meeting and I declined (naturally)… but bro… if ain’time I would’ve been in there wit you and you behaved that spinelessly in my presence,I feel that I’d be compelled to slap de’Fuq outta you bro For the People!!! You ass kissing and boot licking on a whole new level &I refuse to associate myself with something so vile,weak,& inconsiderate to the effect this has on the greater good of ALL OUR PEOPLE!!!! I’m a true believer in “It ain’t what you do,it’s how you do it.” And this shit is regurgitating! At one time it was a pleasure to work alongside you… now, I’m ashamed to have ever been associated with you.’

‘To all the people who follow Ye musically,socially, or even personally….who are confused, heartbroken, infuriated…. Let me make this clear… THIS SHIT AINT COOL!!! THIS IS A MOVE YE MADE FOR YE!!! THIS IS A PLAY TO PUT HIM IN A POSITION HE’D LIKE TO SEE HIMSELF IN…WE ARE NOT ON HIS MIND AS HE MAKES THESE COMMENTS AND DECISIONS. Don’t follow this puppet. Because as long as I’ve lived I’ve learned that it benefits a man nothing at all to gain the world,if to do so he must lose his soul. We just saw Mr.West’s Soul on auction. If you listen closely you can hear the tears of our ancestors hit the floor. All I can say is… I’ve reached my limits. This is my stop,I’m officially DONE!!!! Trump & His Lil Cookie Boy. #USorELSE.’

The controversial rapper, 50 Cent also mocked Yeezy with an illustration of President Trump wearing a Superman costume and carrying the rapper and wrote: ‘You make me feel like Superman, Obama said l was a idiot fuck these niggas lm wit you Master. Let’s make America great again LOLget the strap.’ 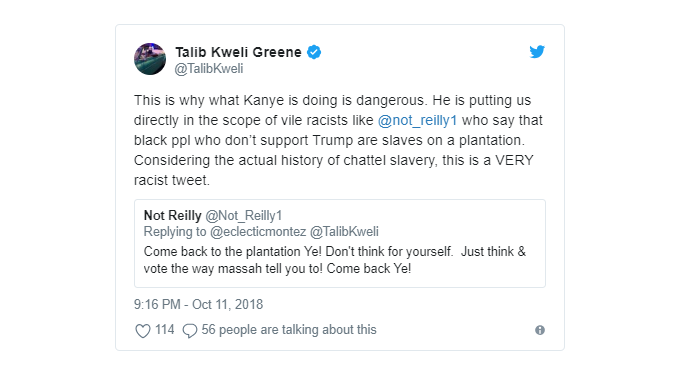 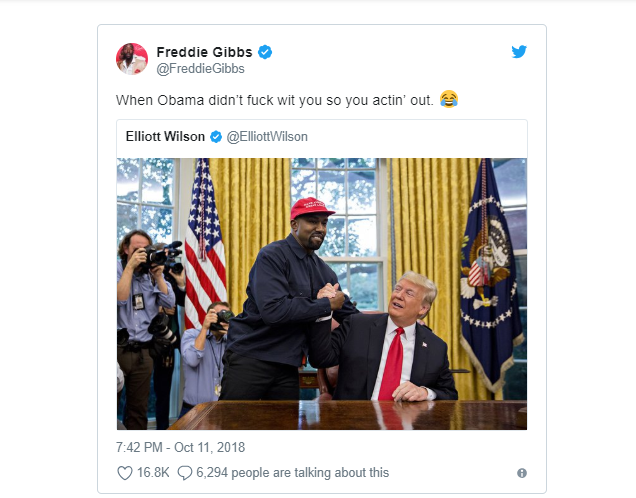 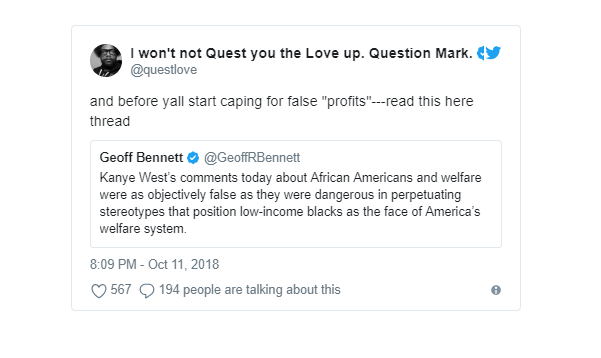