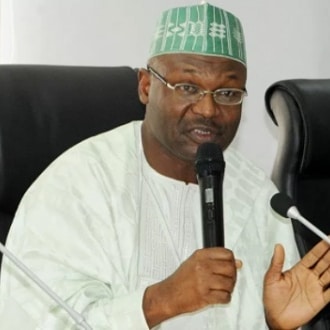 Mrs Dominion Anosike, the returning officer for Tafawa Balewa Local Government Area in the gubernatorial election, has written to the Chairman of the Independent National Electoral Commission, INEC, Prof Mahmood Yakubu, requesting to appear before the Committee set up to investigate controversies over the cancellation of the results of the election in Abuja and not Bauchi, due to what she described as threats to her life.

The letter, dated 13th March 2019, was addressed to the chairman of INEC and was received in the office of the National Chairman on March 14, 2019.

The letter reads in part: “I superintended over the above election in Tafawa Balewa LGA as the Returning Officer and I believe that there will be a for your committee to find out from me what transpired at the collation centre that led to the cancellation of the result by the Resident Electoral Commissioner for Bauchi State.

The purpose of this letter to your good offices, is to indicate my desire to appear before the team in another location, preferably Abuja- as doing that in Bauchi State would constitute a threat to my life, as I have already been threatened with instant death, should I be found anywhere in or near Bauchi State.”

It would be recalled that the Returning Officer for Bauchi state Governorship election Prof Mohammed Kyari had cancelled the election of Tafawa Balewa LGA on Sunday evening citing failure of Mrs Anosike to use the prescribed form to enter the result of the elections collated across the local government.

This was despite the explanation given by her to the commission that the result sheets for the governorship election were carted away by thugs who invaded the collation centre in Zwall, Tafawa Balewa LGA, in the early hours of Sunday.

She had also notified the commission via an explanatory memorandum signed by all stakeholders in the election at the collation centre who unanimously agreed to collate and record the result on another form, and addressed same to the Resident Electoral Commissioner and the State Returning Officer, which was submitted in Bauchi on Sunday.

However, the state Returning Officer, Prof Mohammed Kyari, rejected the explanation and declared that there was no result for Tafawa Balewa LGA.

The PDP candidate, Sen Bala Mohammed, was in the lead after results of 19 LGAs were collated, with the incumbent governor, Mohammed Abdullahi Abubakar of the APC, trailing behind with a margin of over 4,000 votes.