Home News It Takes The Grace Of GOD To Be 70 – Prof. Bamiro
News 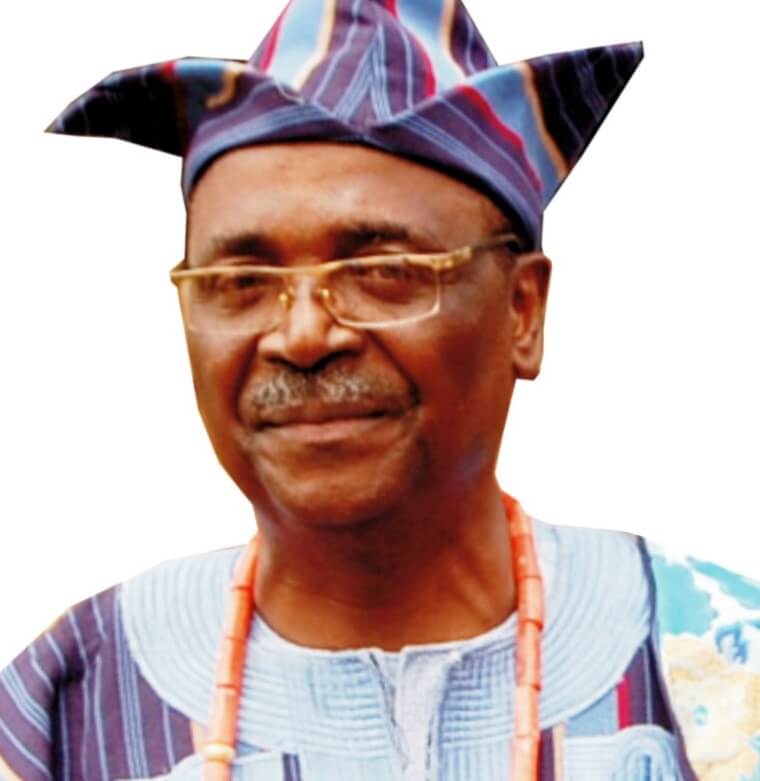 •U.I Former Vice-Chancellor, Prof. BAMIRO
A few weeks back, Prof. Olufemi Adebisi Bamiro, a former Vice-Chancellor of the University of Ibadan, turned 70 and he celebrated it big in Ibadan. In this interview with City People Publisher, SEYE KEHINDE, he spoke about his life and career in the academia.

Congratulations on your turning 70. How does it make you feel?
I feel so great, with gratitude to God. That’s an important milestone in any human life. I thank God that one has been able to reach it.

You don’t look 70. What’s the secret?
The secret is GRACE of God. I thank God for giving me good health and sound mind that does not weigh itself down with unnecessary things. Over all, its God’s Grace.

When you look at your life in the last 70 years what are the lessons? What are the takeaways?
It’s been a life of abiding grace. There have been important milestones where things just happened, not because of your competence, you just find that God has done this again. And this happened at every important milestone in my life, in the secondary school, where one got an unexpected schoolarship where one was probably apprehensive that one might not be able to go to the University, because our parents would not be able to afford it, and the fear that 2 of us will not be able to go to the University at the same time because my elder brother was already in the University and I wanted to go in. But to the glory of God, I was able to get a scholarship for my first degree. And again for my second degree by God’s grace I was able to get scholarship. It’s just God’s grace.

Why the choice of academia for you?
It was after the 2nd degree. I did Mechanical Engineering in England. I had 1st class and my supervisor said I should stay behind to do my Master’s, Phd and probably become a lecturer there. I was there as a Shell Scholar. Shell BP sponsored me, almost 12 of us. My ambition was to work in an Oil company. So, I came back to Nigeria because I felt that was the right thing to do.

I joined the Shell BP. Within that one year, I felt I won’t love to be an Engineer within that environment. As at that time, we still had a bit of discrimination. And somebody who inspired me was a member of our staff, who happened to have Phd then. I saw the confidence with which he was doing things. I said to myself it would be nice for me to have this kind of confidence.

That it was very late to apply for the Commonwealth scholarship, which I used for my postgraduate programme. It was even a friend of mine, who said he was going for post graduate programme who got the form. I didn’t get. It was later when I changed my mind and he changed his mind that he was going to stay behind and become an engineer, so he gave me his form.

I had to go to the Ministry of Education to change his name to mine. I was so lucky I went to Canada. From that point, I settled for academia. Immediately I finished my Phd, they pleaded with me to stay back in Canada I said ‘No’. Let me come back to Nigeria. I joined UI and no regret. No regrets I was in U.I throughout, till I retired. To God be the glory. One enjoyed all the positions one could ever think of in any Nigerian University, uptill the Vice-Chancellor before one retired.

Gov. Ajimobi was at your birthday and he stayed for over 1 hour. Are you that close to him?
Oh yes. I am grateful to him for coming. I didn’t know him before. I only got to know him through a friend. How did I get to know him? I was to have the wedding of my daughter, Tope, then. So, way back then. I knew we would be having friends outside Ibadan and abroad.

There was no way we could accommodate them easily, so I decided to go to a hotel to go and book accommodation for them. As I was driving off, a friend of mine saw me and asked, Prof. where are you going? I told him he said No, no, no, don’t go, I will call a friend of mine. He said his house was vacant. He would probably not mind putting your guests in his house. There and then he called him and it turned out to be Senator Ajimobi. And he said go ahead and he opened his whole house for us to use.

That was in the 90’s. That was it. We used the whole place and he even got his cooks to cook for them. My in-law could not believe it. She kept asking are you saying you don’t know this person, who opened all doors to the rooms. The only doors locked was his own personal room. That endeared me to him that this must be a good person. Most people would think we met recently, when I was VC of UI and they made me a Returning Officer. Noo. I knew him before then.

People know me that I would always stand for the truth. He won clearly, I was happy. He won. But even if he didn’t win that would have been it. For me it would hae been try your luck next time, we’ve been close since then. We’ve been close through my inlaws-the Murainas.

I felt greatly honoured that he came. When I sent the invitation to him, I just regarded it as a matter of routine, but he came despite his tight schedule. That was a great honour and he stayed with us for quite sometime.

What sort of a person is Prof. Bamiro?
Hmmm! Prof. Baniro is very analytical. People say that about me. They say I have an analytical mind. I don’t let things get me worked up. I also have a very good relationship with people. I try to understand where people are coming from. I come from a background of simplicity. I am at peace with Religion. When I was growing up, there was no Religion we were not exposed to, from Egungun, to Christianity, Islam, all around me then there was religious harmony, I went to Quranic School and on Sunday we would go to Sunday school together. I don’t have tension with Religion.